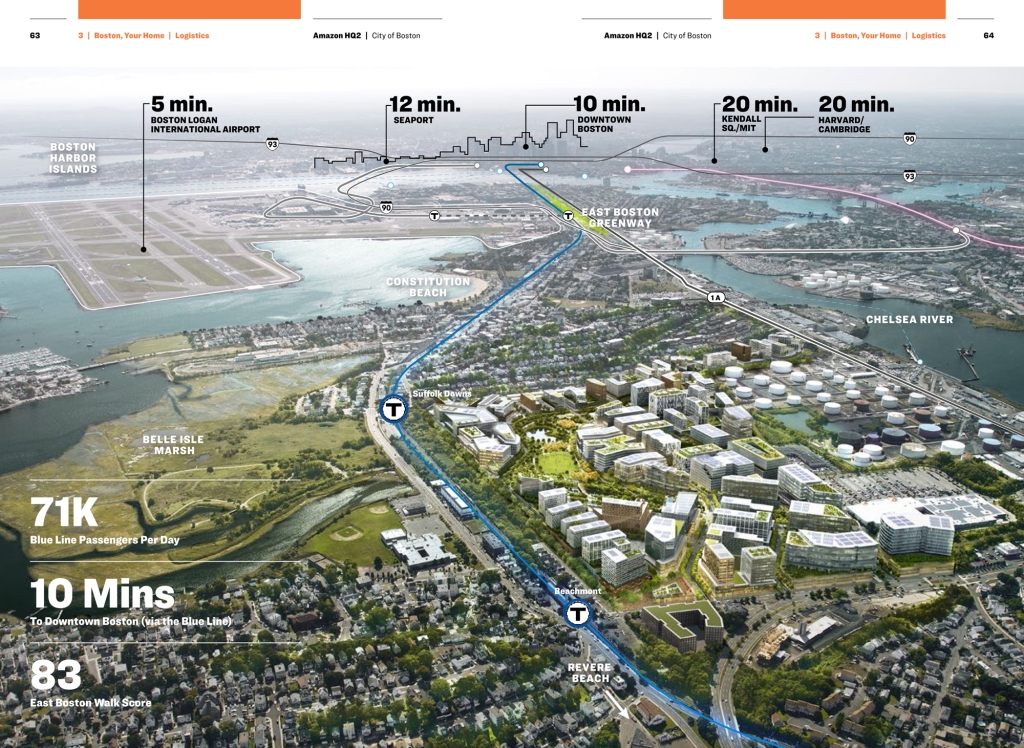 The largest private development project in Boston’s history now has the green light.

The Boston Planning & Development Agency’s board approved the redevelopment of the 161-acre Suffolk Downs racetrack site, giving the go-ahead after midnight today to a two-decade-long project that will add 10,000 apartments and condos to the area.

HYM Investment Group President Thomas O’Brien touted the millions in community contributions that his company will make and the environmental mitigations included as part of the 16 million-square-foot project.

“We want to create a site where everyone is welcome,” said O’Brien — a former head of the Boston Redevelopment Agency, the predecessor to the BPDA.

Boston City Councilor Lydia Edwards, who represents the area, spoke in favor of the proposal, saying her negotiations with HYM had gone up through “5:05 this evening” over concerns she had.

“I haven’t heard anyone actually say that they don’t want this to happen,” Edwards said, saying that despite concerns, it’s a huge opportunity for the area.

The hours-long public-comment section of the virtual 7-hour meeting featured largely two different types of comment: many different union reps speaking “in strong support” of the project, largely saying it will bring good jobs to the area, and Eastie residents — often speaking Spanish — who generally opposed the project on affordability grounds.

“We need affordable housing now — we’re a working-class community,” said a woman who identified herself as Alejandra.

And Gabriela Cartejena called for the project to move toward 30% to 50% of its units becoming affordable.

“We need affordability to be defined to match the affordability of East Boston residents,” she said. “Postpone the BPDA vote right now.”

O’Brien, rebutting hours of public comment, said, “We are going to do our share of what is required to deal with the housing crisis.” On the idea of further concessions, he said, “We’re at the point where we can do no more than what we’ve done so far.”

HYM agreed earlier this year that all 14,000 jobs will be filled with union workers.

Board member Michael Monahan took issue with some of the environmental activists from outside of the neighborhood who spoke against the project, saying, “I question the motives of some of these people … there are some people who are getting used over climate.”

BPDA Board member Ted Landsmark said a delay, as some activists were pushing for, is the wrong move. That would put off the much-needed economic stimulus from the influx of jobs, he said, and, “We have delayed some projects, and when we do the development money goes away and nothing gets built.”

Member Carol Downs says the fears of Eastie residents over displacement are “real, and ought not to be dismissed.”

Some East Boston organizations did speak in favor, such as East Boston Social Centers, whose director said HYM has been a strong partner.

The site straddles East Boston and Revere. The third of the site that’s in the latter city already has approval, and construction has started on its northern edge. The project will roll out in five phases over the next 20 years.

Earlier this month, officials said they’d come to an agreement with HYM to increase the number of “affordable” units, which would be restricted for a few different ranges of incomes. In addition to the 13% required by city ordinance, HYM agreed to make the equivalent of 7% more of their units income restricted off site.

Jerome Smith, Mayor Martin Walsh’s chief of civic engagement, also endorsed the plan, focusing on job creation and the linkage funds that will go to the city and ultimately toward services such as job training.

“It will forever have a positive impact on East Boston,” Smith told the board.