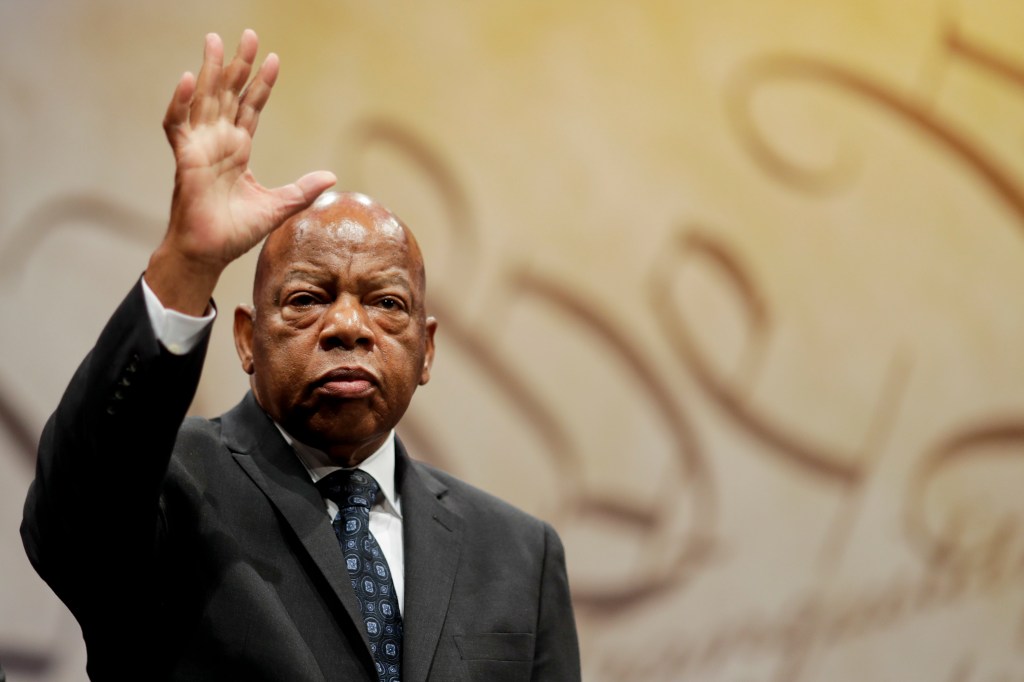 This wonderful country was built on the bravery and resolve of great Americans and it is incumbent upon us to know their names, tell their stories and honor their lives.

One of those great men drew his final breath on July 17 at the age of 80. His name was John Lewis.

As a young man, in the name of civil rights, Lewis walked toward danger and probable death and sacrificed his body numerous times for a cause bigger than himself.

In 1965, on a march to end racial segregation, he was brutally beaten by Alabama state troopers wielding bullwhips, clubs and tear gas at the Edmund Pettus Bridge in Selma. It was Lewis who led some 600 protesters in what was to become known as Bloody Sunday.

The importance of that day on the civil rights movement cannot be overstated. As far as those brave marchers knew, that day could have been their last day alive. Yet, Lewis, then just 25, walked at the front of the march, soberly with stoic determination. His hands were tucked in his pockets. Troopers descended upon him and clubbed him, fracturing his skull.

The national media captured the events and the nation witnessed the brutalization of peaceful protesters. It shocked the national conscience and invigorated the movement overall. Martin Luther King Jr. mobilized around the state within days. President Lyndon Johnson pushed the Voting Rights Act and the bill was passed into law later in the year.

Last week, 55 years after those troopers beat Lewis as he attempted to cross that bridge, he was once again greeted by Alabama state troopers as his casket made its way across. This time, they saluted him, Black and white alike.

As the Associated Press reported, Lewis was a founding member of the Student Nonviolent Coordinating Committee. He became one of the Big Six as it was known, while still a very young man. The others were Martin Luther King Jr.; Whitney Young of the National Urban League; A. Philip Randolph of the Negro American Labor Council; James L. Farmer Jr. of the Congress of Racial Equality; and Roy Wilkins of the NAACP. All six met at the Roosevelt Hotel in New York to plan and announce the March on Washington in 1963 where Lewis was one of the speakers.

His speech resonates today as it did then.

“My friends, let us not forget that we are involved in a serious social revolution,” he declared. “By and large, American politics is dominated by politicians who build their careers on immoral compromises and ally themselves with open forms of political, economic and social exploitation. There are exceptions, of course. We salute those. But what political leader can stand up and say, ‘My party is the party of principles’? … Where is the political party that will make it unnecessary to march on Washington?”

We could use more principles in our political parties and we could certainly use more men like John Lewis who showed us what strength, courage and progress look like.