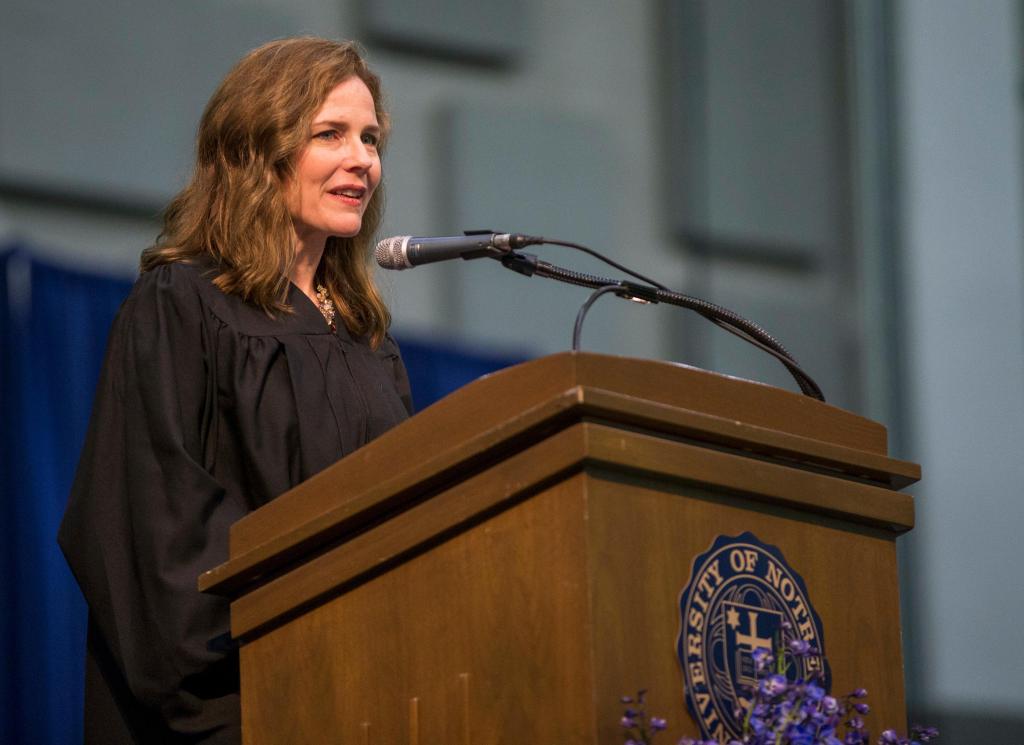 A front-runner to fill the Supreme Court seat vacated by the death of Justice Ruth Bader Ginsburg is a federal appellate judge who has established herself as a reliable conservative on hot-button legal issues from abortion to gun control.

Amy Coney Barrett, a devout Catholic, is hailed by religious conservatives and others on the right as an ideological heir to conservative icon Antonin Scalia, the late Supreme Court justice for whom she clerked. Barrett met with Trump at the White House on Monday, according a person familiar with the vetting process who spoke to The Associated Press on condition of anonymity.

Liberals say Barrett’s legal views are too heavily influenced by her religious beliefs and fear her ascent to the nation’s highest court could lead to a scaling back of hard-fought abortion rights. She also would replace the justice who is best-known for fighting for women’s rights and equality.

President Trump has said he’ll nominate a woman and Barrett is thought to be at the top of his list of favorites. The Chicago-based 7th U.S. Circuit Court of Appeals judge was considered a finalist in 2018 for Trump’s second nomination to the high court, which eventually went to Brett Kavanaugh after Justice Anthony Kennedy retired. Barrett’s selection now could help Trump energize his base weeks before Election Day.

At just 48, Barrett would be the youngest justice and her tenure could last for decades. She’s made her mark in law primarily as an academic at the University of Notre Dame, where she began teaching at age 30. She first donned judges’ robes in 2017 after Trump nominated her to the 7th Circuit.

But she wouldn’t be the only justice with little prior experience as a judge: John Roberts and Clarence Thomas spent less time as appellate judges before their Supreme Court nominations and Elena Kagan had never been a judge before President Barack Obama nominated her in 2009.