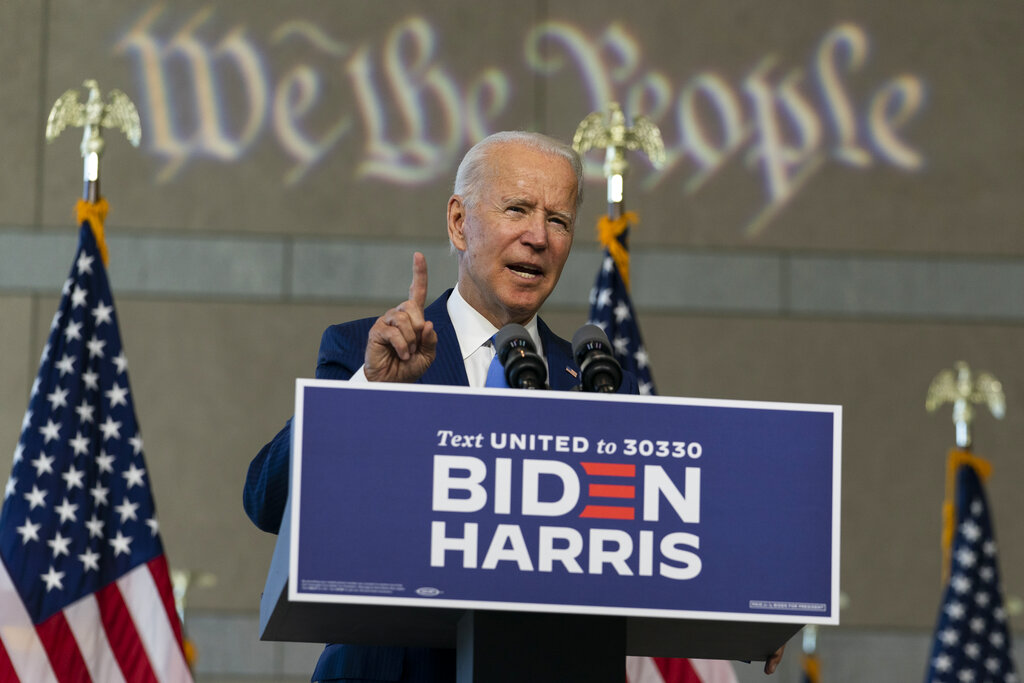 WASHINGTON — Joe Biden on Sunday slammed President Donald Trump and leading Senate Republicans for trying to jam through a replacement for the late Justice Ruth Bader Ginsburg and urged more senators to stand with a pair of GOP colleagues who oppose the election-season rush.

“Uphold your constitutional duty, your conscience,” said Biden, speaking in battleground Pennsylvania. “Let the people speak. Cool the flames that have engulfed our country.”

The extraordinary televised plea from the Democratic presidential candidate to Republican senators reflected the ferocious maneuvering that has followed Ginsburg’s death at 87 on Friday.

Her passing upended a campaign that had, until then, focused on Trump’s handling of the coronavirus pandemic, the nation’s economic collapse and racial unrest that has stoked protests in U.S. cities.

Trump has said he intends within days to name a woman to succeed the liberal icon, and Senate Majority Leader Mitch McConnell was moving toward the first hearings this week.

Trump has said he is obligated to act as soon as possible and had at least two women in mind for the seat. Most Republicans concurred on the need for speed and one named a practical reason: The nine-member court, argued Sen. Ted Cruz of Texas, must be full if called upon to decide the outcome of a disputed presidential election.

But Biden and other Democrats said voters should choose the next president, who should pick Ginsburg’s successor. Health care, abortion rights and religious freedom are on the line, they said.

Biden, who has run on uniting the country after Trump’s divisive tenure and imparting a sense of comfort to despairing Americans, warned against more upheaval.

“The last thing we need is a constitutional crisis that plunges us deeper into the abyss and deeper into the darkness,” he said. He acknowledged that if Trump wins, his pick should be approved.

But he added, “If I win this election, President Trump’s nominee should be withdrawn and as the new president I should be the one to nominate Justice Ginsburg’s successor.”

To the chants of “Fill that seat,” Trump told supporters at an event Saturday night in North Carolina that he would nominate a woman as soon as this week.

“We win an election and those are the consequences,” said Trump, who then seemed to signal that he’d be willing to accept a vote on his nominee during the lame-duck period after the election. “We have a lot of time. We have plenty of time. We’re talking about January 20th” — when the next president is inaugurated.