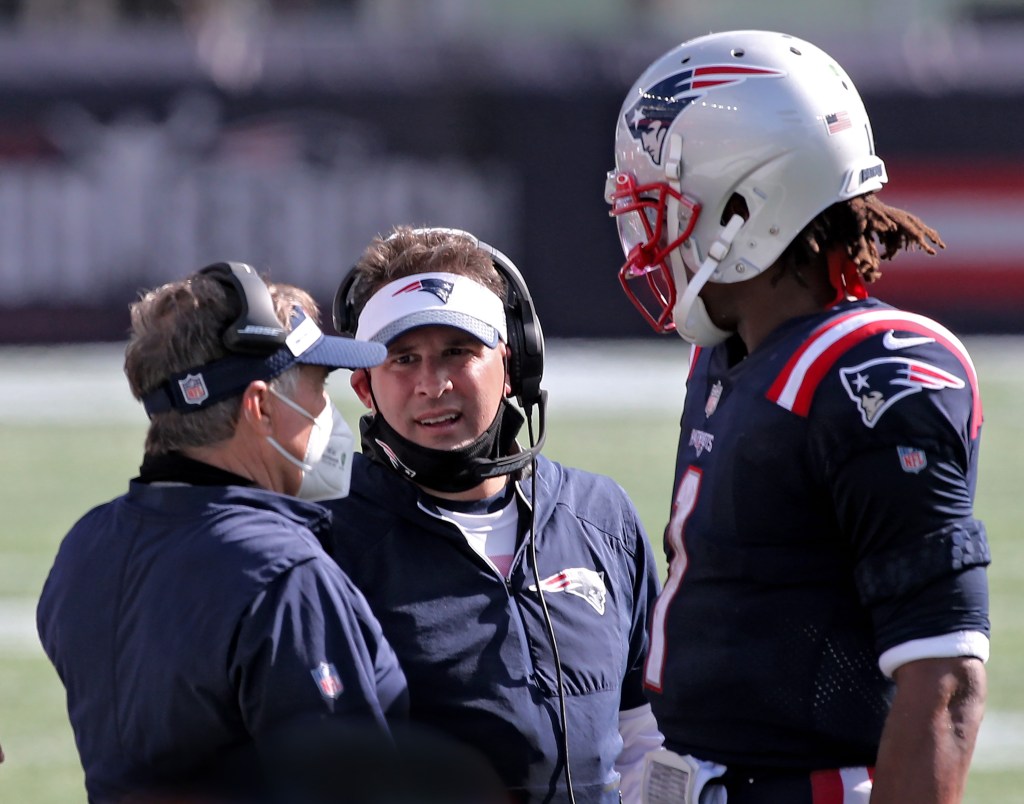 Tom Brady never had a honeymoon with the Patriots.

His was a shotgun marriage, hastily arranged 19 years ago Wednesday when Mo Lewis landed Drew Bledsoe in the hospital with the most-vicious of on-field assaults.

Brady went from 199th draft pick to starting QB with one hit. He then helped us all become Patriots five months later in New Orleans as America’s body and soul healed from 9/11.

With his first Super Bowl victory, Brady permanently secured his job as Patriots starting QB over Bledsoe and launched a run of atmospheric expectations. There was no time for “positive losses” or “constructive defeats.”

Dynasties had to be built. And defended.

After the Patriots won their third ring in four seasons on Feb. 6, 2005, there was no going back to the bad old days of merely being happy with a playoff berth or AFC Championship Game appearance. The Patriots were deemed perennial Super Bowl contenders each year of Brady’s career.

Losses fell somewhere between “miserable” and “catastrophic” on the emotional scale, depending on when they occurred. Early-season defeats were written off as inevitable. But they wrought angst when it came to trying to determine whether or not the Patriots would secure home-field advantage and a first-round bye.

That “first-round bye” formula was part of the equation following every loss.

Watching Patriots home games was a rare treat during those dreary years of local blackouts. Home and away games suddenly became mandatory weekly exercises in profanity, irrational exuberance and/or anger depending on their outcome.

Joy did not arrive until the aftermath of victory.

“Duck Boats Or Bust!” was the Patriot Way until the moment Brady bade goodbye to Robert Kraft in person and Belichick via telephone in March.

The question became whether or not the team should “Tank For Trevor” or “Sink With Stidham.”

The acquisition of Cam Newton immediately changed that dynamic.

Paula Abdul told us “opposites attract.” She now dances with her 1980s self in a commercial for an arthritis cream. Paula still looks stunning, even while pitching pain relief. She was prophetic when it came to Bill Belichick and Newton.

It’s hard to get more of a visual contrast than the one between the 68-year-old gruff, bedraggled, lurching, hoodie-clad head coach and the 31-year-old, GQ-cover-attired, long, lean, fedora-topped quarterback. Images of Newton’s natty pre-game outfits control social media. Belichick tacked portside Wednesday morning, showing up at his press conference wearing a torn and tattered sweatshirt and appearing as if he had spent the previous night at “Fight Club.”

Those impressed with Newton’s pregame outfits will not be disappointed when summer fades to winter.

“Being here and the weather, I haven’t been able to wear certain things I’ve been dying to wear. The swag is going to be immaculate regardless,” Newton told “The Greg Hill Show” on WEEI Tuesday. “Please don’t be surprised.”

We were warned that Belichick’s all-business approach would not mesh with Newton’s style on and off the field.

The union of Newton and Belichick had all the makings of an “Odd Couple” reboot. Instead, we got a remake of “The Honeymooners.” The coach and QB have bonded like peanut butter and jelly.

Both entered the 2020 NFL season with much to prove regardless or perhaps because of past successes.

Belichick’s mission is to demonstrate beyond a reasonable doubt that the Patriots’ “Score Of Success” © was more due to his genius than Brady’s skills. He might even nab a playoff berth in the process.

Newton was injured and exiled in Charlotte last year. For him, 2020 offers a shot at redemption and revenge.

“I felt like I was left to die,” Newton said of his banishment in an Instagram video posted on July 11. To him, an 86-day run of unemployment felt like 86 years – without the Game 6 loss to the Mets.

Newton is not the first NFL star who felt that way only to find their resurrection in New England. But he’s the first one to do it while taking over for TB12.

The Patriots lost 35-30 to Seattle Sunday night after Newton was stopped about 40 inches short of the goal line on the game’s final play. For the first time since Super Bowl XXXVI, Patriots fans turned off their TVs after a loss and were not downright despondent.

There was serious talk about how this loss was a reason for optimism. Newton threw for 397 yards despite the best efforts of Josh McDaniels. Julian Edelman logged a career-high 179 yards receiving. He appears A-OK with his new QB.

Even more reassuring, Newton is satisfied with the receivers on the Patriots roster.

“The answers are in that locker room. Simple and plain,” Newton told WEEI’s audience. “We got Little Bud, Doughboy, Highway 11, and MyGerms. We good to go. Let me rewind that. We have Damiere Byrd, N’Keal Harry, Julian Edelman and Jakobi Meyers.”

Harry appears to have the most to gain from his new quarterback. He played fearlessly against Seattle. No longer is Harry limited to Brady’s exacting detail. Newton’s ability to scramble has given Harry an opportunity to make plays while not dropping the ball in the process.

What is now Newton, Massachusetts, was first settled by Colonists in 1630. A mere 390 years later, Cam Newton is settling in as the face of his new franchise and all of New England sports.

The Celtics have a different featured star each night. That may be good for the NBA playoffs but not so much in generating a singular persona of the franchise. The Red Sox? I couldn’t name their last five starting pitchers if my dog’s life depended on it. Patrice Bergeron rightfully earned “Face of New England Sports” honors after the departures of Mookie Betts and Brady, but the fiery passion carried by Bruins fans is not matched by their breadth when compared to the throw-weight of any NFL team — especially the Patriots.

Newton is the Patriots’ offensive leader and New England’s quarterback.

Two weeks into the 2020 season, the honeymoon continues.