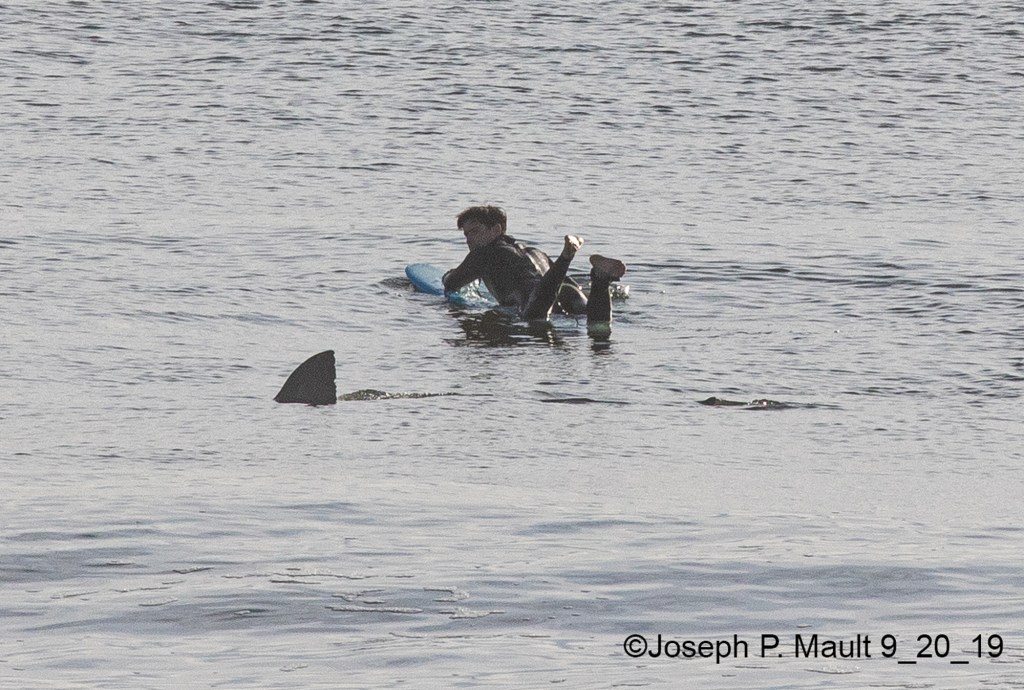 A Cape Cod commissioner, fed up with a lack of any significant shark-deterrent measures, is pushing a personal “shark shield” device to protect swimmers.

“It is up to individuals to provide protection for themselves,” said Barnstable County Commissioner Ron Beaty.

Beaty said Shark Shield offer a range of personal electrical deterrents developed by an Australian company of the same name.

“Shark Shield takes advantage of small, short-range electrical receptors in shark snouts which are used for finding food. The electromagnetic field generated by Shark Shield is intended to cause ‘unbearable spasms’ in these sensitive sensors which turn sharks away,” he said.

The products range in price from $749 for electronic repellents for divers, a $399 anklet device to a $149 for wrist devices.

But do they work?

He did urge swimmers to be careful and not swim too deep or near seals — the main food source of great whites.

“If people have concerns, avoid swimming with seals nearby or a density of seals,” said Skomal. “Don’t go out too deep and don’t swim alone. Still, there are no guarantees.”

Since 2012, sharks have attacked people three times off Wellfleet and Truro. Two years ago, 26-year-old Arthur Medici was killed while boogie-boarding at Newcomb Hollow Beach in Wellfleet — the first shark attack fatality in 82 years in Massachusetts.

Beaty lashed out at state and federal officials he says are taking too long to help deal with the sharks off the Cape.

“Since our negligent federal and state elected officials apparently don’t give a damn about their safety and well-being, then the public is strongly urged to explore this highly effective personal shark mitigation option,” he said.

He added: “With new Great White Shark sightings, and related human fatalities, yet again occurring this summer, we once more are reminded that our elected state and federal public officials have heinously neglected their responsibilities to protect the public.”