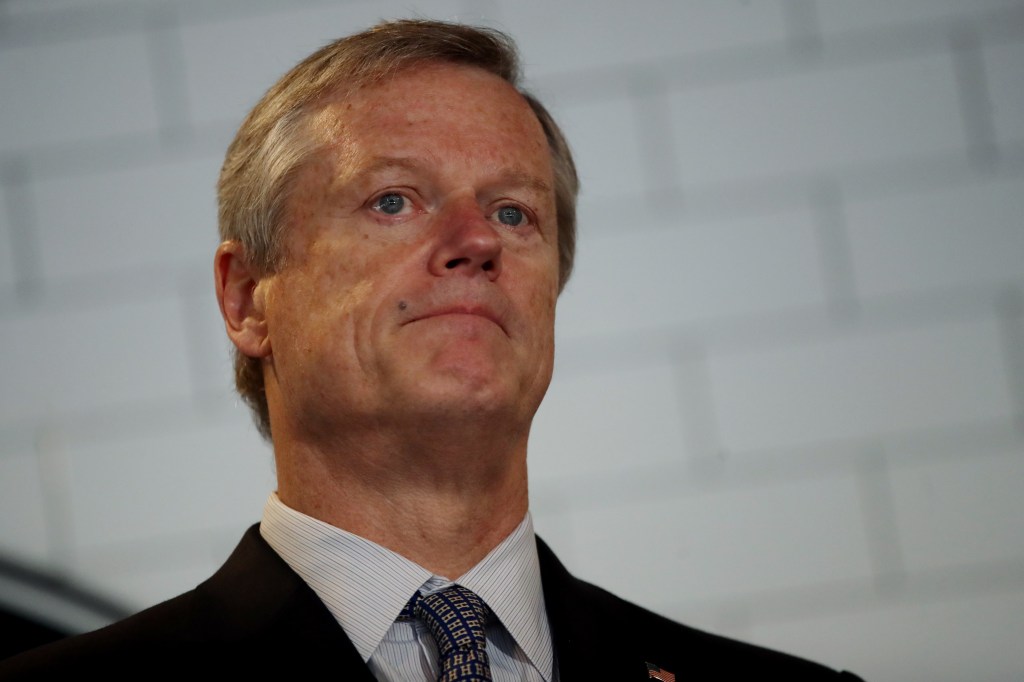 Gov. Charlie Baker lambasted what he called President Trump’s “appalling and outrageous” refusal to commit to a peaceful transfer of power should he lose the presidential election in November.

“A huge part of this nation’s glory to the extent it exists as a beacon to others is the peaceful transfer of power based on the vote of the people,” Baker said, speaking at the State House on Thursday.

In a meandering five-minute-long commentary that moved from mail-in voting to Abraham Lincoln’s reelection in the midst of the Civil War, the Republican governor excoriated Trump, saying “that peaceful transfer of power is what the people of this country rely on when they go out to vote.”

“How many times in an election have we heard the words, ‘the people have spoken?’” Baker said.

Trump on Wednesday told a reporter “we’re going to have to see what happens,” when asked if he would commit to a peaceful transition should he lose to Democratic nominee Joe Biden in November — a notion the president refused to entertain.

“There won’t be a transfer, frankly — there’ll be a continuation,” Trump said.

Trump criticized the mail-in voting — a common refrain for a president who has often cast doubt on the security of the nation’s electoral system. States like Massachusetts have pivoted to mail-in voting to reduce numbers at the polls amid the ongoing coronavirus pandemic and saw record-high numbers of the ballots during the primary.

“You know that I’ve been complaining very strongly about the ballots, and the ballots are a disaster,” Trump told the reporter.

Baker — a longtime critic of the Republican president — broke ranks with his party earlier this week when he said Trump and the GOP-led Senate should wait until after the election to install a replacement for the late Ruth Bader Ginsburg on the Supreme Court.