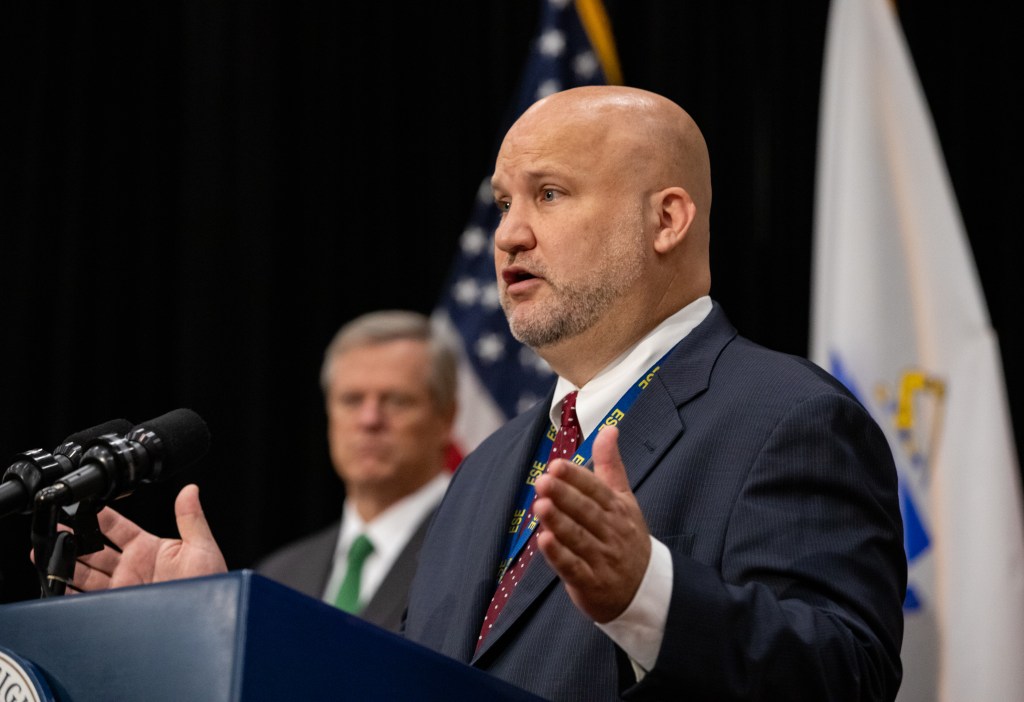 State education officials are urging districts with low virus rates to get students back to class for in-person instruction now before a second surge of coronavirus afflicts the state.

“We know the possibility of a second spike exists, but while we are in a situation where a district has been green or gray for many weeks, we are asking districts to bring kids back to school in-person, or in a hybrid model,” education commissioner Jeffrey Riley said.

Only districts listed in red — or highest risk — on the Baker administration’s coronavirus risk map for three consecutive weeks should stick with remote-only learning, both Riley and Gov. Charlie Baker have said. There are currently 15 communities at the highest risk level.

“We think kids should be in school and think communities should be following the rules and guidance that was developed by the department and using the district-by-district data that has now been available to people since the beginning of August,” Baker said Thursday, speaking at the State House.

The comments come days after Riley sent a letter to 16 districts admonishing a “stark discrepancy” between their decision to stick with remote learning and health data that puts them in the state’s lowest COVID-19 risk category.

The districts were directed to update their learning plans within 10 days of receiving the Friday letter or face an audit to assess the overall efforts to provide in-person learning. Riley on Thursday doubled down on the demand and outlined his plan for a “soup-to-nuts” audit that would dig into the quantity and quality of instruction districts are delivering online, particularly to special-needs students.

Riley stopped short of saying school districts would be forced to bring students back for in-person instruction but didn’t take the option off the table either.

Quincy Schools Superintendent Kevin Mulvey joined state officials on Beacon Hill on Thursday and said he never felt any pressure to bring students back early, but did so because it’s in the “best interest” of students.

The heavy-handed approach, however, has driven a wedge between the Baker administration and teachers unions.

The Watertown Educators Association on Thursday decried the administration’s “baseless threats” and asked state officials to respect the local democratic process that led to the school district opting for remote learning.

Over the summer the Baker administration favored local control, but Baker said that thinking has evolved as public health data reporting has progressed.