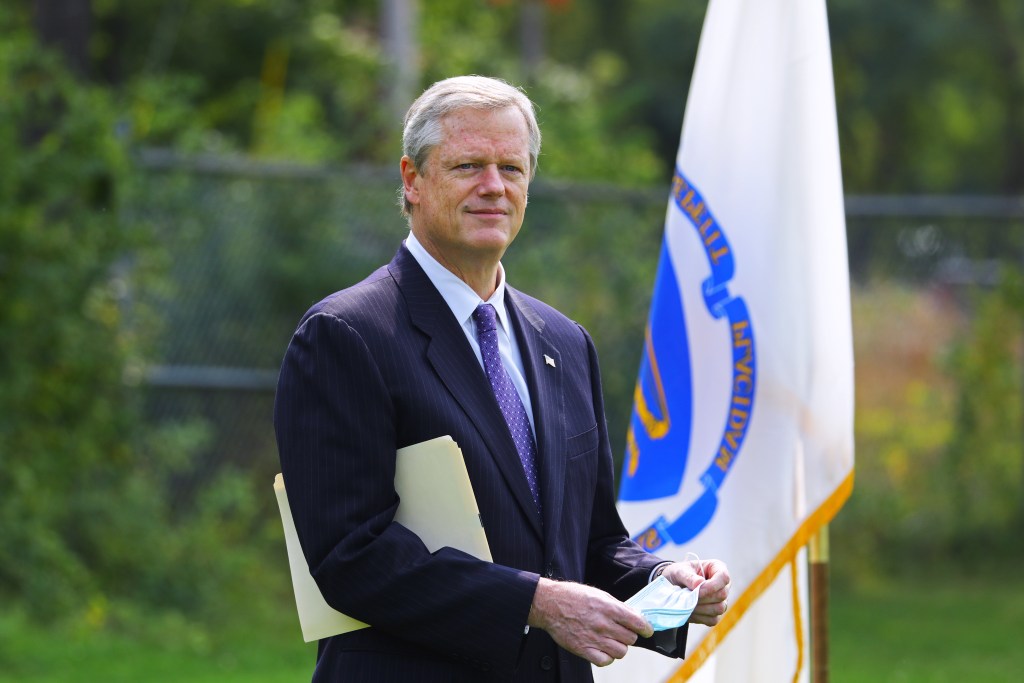 Republican Gov. Charlie Baker is calling on President Trump to pump the brakes on nominating a successor to Supreme Court Justice Ruth Bader Ginsburg, who died Friday at age 87.

“I urge President Trump and the U.S. Senate to allow the American people to cast their ballots for President before a new justice is nominated or confirmed,” Baker wrote in a tweet Saturday.

“The Supreme Court is too important to rush and must be removed from partisan political infighting,” he continued.

The passing of Justice Ginsburg is not only a loss for the court but for the entire nation, and I urge President Trump and the U.S. Senate to allow the American people to cast their ballots for President before a new justice is nominated or confirmed.

Trump signaled Saturday he would move “without delay” to fill the vacancy in the nation’s highest court and has already begun fundraising for his re-election campaign off a pledge to appoint a conservative justice. Senate Majority Leader Mitch McConnell, R-Ky., vowed Friday night to bring Trump’s eventual nominee up for a vote.

Baker’s plea represents yet another break with party leadership from the Republican governor who has notably shied away from national politics but has been unafraid to lash out at the federal response to the coronavirus pandemic that has affected millions of Americans and killed nearly 200,000.

Baker has been getting increasingly political on both sides of the aisle in recent weeks. In August, he backed Democratic U.S. Rep. Richard Neal in a surprise endorsement as the House Ways and Means chairman sought to fend off a primary challenge from Holyoke Mayor Alex Morse.

On Friday, Baker endorsed Susan Collins, a Republican senator from Maine who is in the midst of a tough re-election campaign against Democratic challenger Sara Gideon, speaker of the Maine House of Representatives.

Ginsburg’s death now puts Collins — and Baker, by association — in the spotlight as one of a handful of endangered incumbents this fall whose decisions on whether to support a Trump nominee before the election could prove consequential for their careers.

Collins told the New York Times earlier this month she would not seat a Supreme Court justice in October and would oppose seating a justice for a lame-duck president should control of the White House change hands.