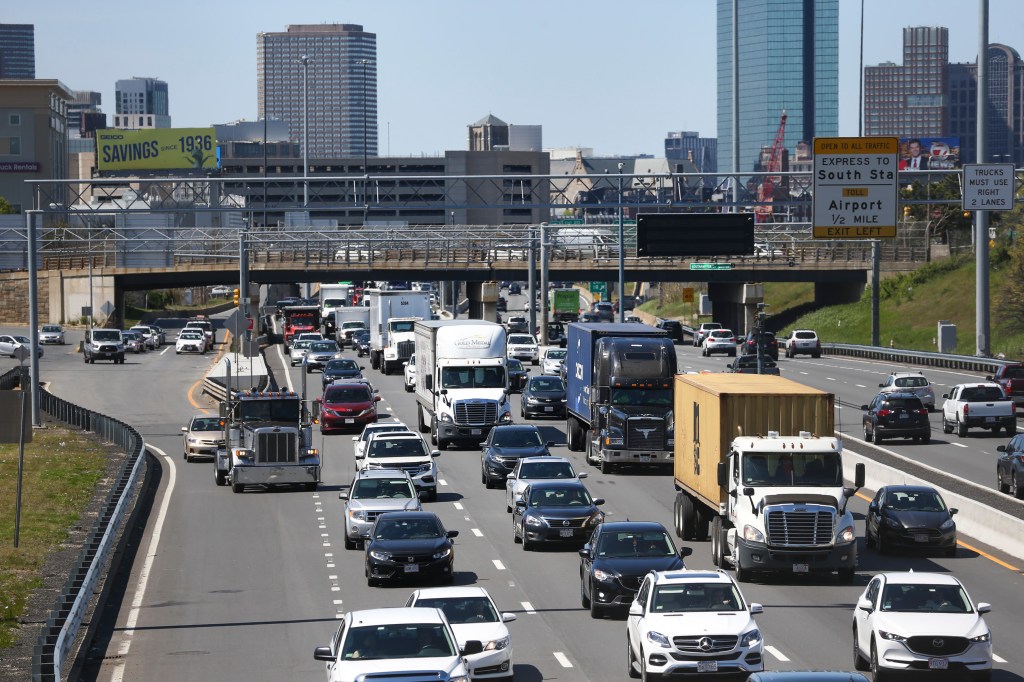 Conservatives are criticizing a bill that the state House of Representatives passed late Friday, saying it’s a back door to raising gas taxes through an 11-state compact aimed at reducing greenhouse gas emissions from the transportation sector.

“If the bill is enacted, it will transfer taxing and spending authority to unelected bureaucrats,” Rep. David F. DeCoste, R-Norwell, said, “and that’s bad policy.”

The Massachusetts Fiscal Alliance claimed the bill is a blueprint for long-term carbon taxes without the need for further votes by the Legislature. The bill also acts as an endorsement, the alliance claimed, of the Transportation and Climate Initiative, which critics describe as a regressive gasoline and diesel tax.

“This is arguably one of the largest tax increase votes that any of these lawmakers will ever take,” said Paul D. Craney, a spokesman for alliance. “The impact of this vote will be felt for decades and implement future tax increases on autopilot.”

“The sheer amount of new and higher taxes, along with the increased layers of regulations, will position Massachusetts as the most expensive and highly taxed state in the country,” Craney added. “There isn’t a single state in the country that has a carbon tax, and today’s vote just permitted carbon taxes to be implemented without an explicit legislative vote in the future.”

Proponents describe the TCI as an effort to build a regional program that would cap and reduce greenhouse gas emissions from the transportation sector across the Northeast and Mid-Atlantic, and invest the proceeds in a cleaner, more resilient and more equitable low-carbon transportation system.

“This is not a carbon tax bill,” said Rep. Nika C. Elugardo, D-Jamaica Plain, who voted for the measure. “It’s a bill about making sure we are ready for the impacts of climate change and starting down a pathway to heal our planet.”

Rep. Adrian Madaro, D-East Boston, said that the TCI-like elements of the bill are what caused it to have some Republican opposition, but, “overall, this bill is an enormous step in the right direction.”

He touted his major amendment to the climate bill that focused on places like his native Eastie labeled as “environmental justice” communities, requiring more environmental impact reports for projects there.

The Executive Office of Energy and Environmental Affairs said the administration will review any legislation that reaches Gov. Charlie Baker’s desk.

The Global Warming Solutions Act of 2008 provides legislative authority for the TCI, a spokeswoman for the office said.

Massachusetts is currently working with other states to continue to move forward on the initiative, she said. A final memorandum of understanding on the proposed cap-and-invest system is expected to be finalized this fall. At that point, each state will make a decision about signing on to the regional program.