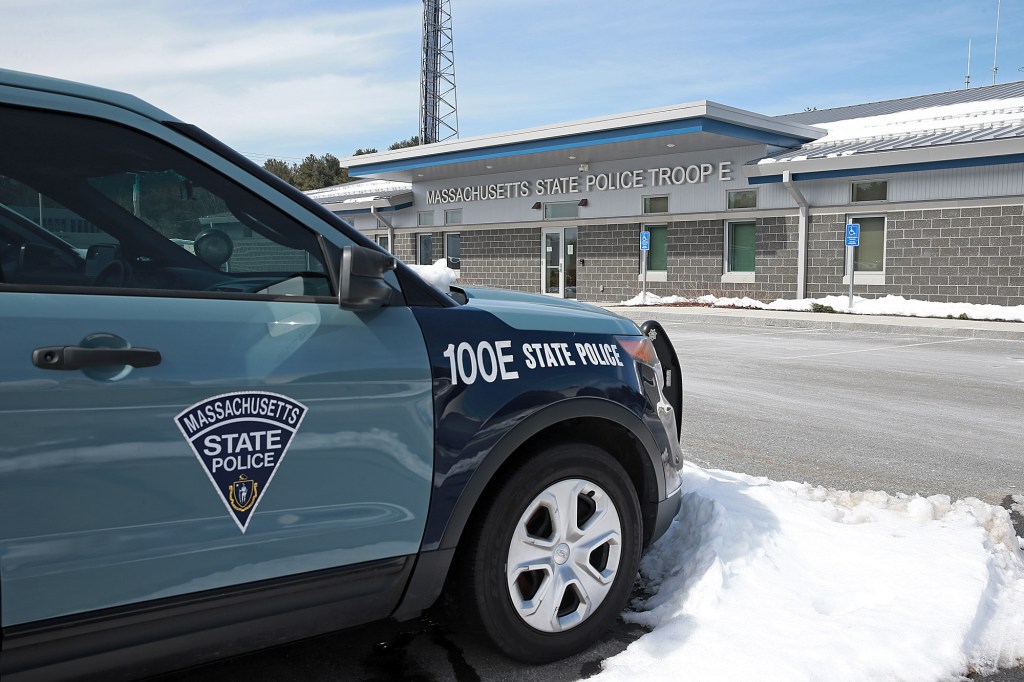 A couple of kittens are surely thankful for their nine lives tonight after state troopers smashed the window of a burning car to rescue the pair of frightened felines following a brief highway chase.

Just after 4 p.m. Friday, police tried to stop a gray 2004 Nissan Maxima that had no inspection sticker and whose owner had a suspended license, state police said.

The driver, a 26-year-old Westford woman whom police did not name, refused to stop and led troopers on a pursuit, according to state police.

Troopers said they attempted to pounce when the driver pulled into the Natick service plaza, but when they approached her, the driver sped away and the chase resumed.

The woman soon stopped in a breakdown lane in Wayland, at which point the undercarriage of her car began smoking and caught on fire.

Troopers yanked the woman from the vehicle as she kicked and flailed, according to staties. Once she was “subdued,” she told troopers that her kittens were still trapped in a transport cage in the burning car, police said.

Unable to access the doors with the SUV fully engulfed in flames, troopers smashed the rear window to pull the two kittens to safety unharmed. They were brought to an animal shelter in Natick and were expected to be picked up by the driver’s family.

The woman was put into the back of a cruiser, in which police said she kicked the windows. After complaining of pain, she was transported to Framingham Union Hospital for evaluation, where she remained as of Friday night.

Charges against the woman are still being determined, but state police spokesman David Procopio said they are expected to include license and inspection sticker violations, failure to stop for police and assault and battery on a police officer.