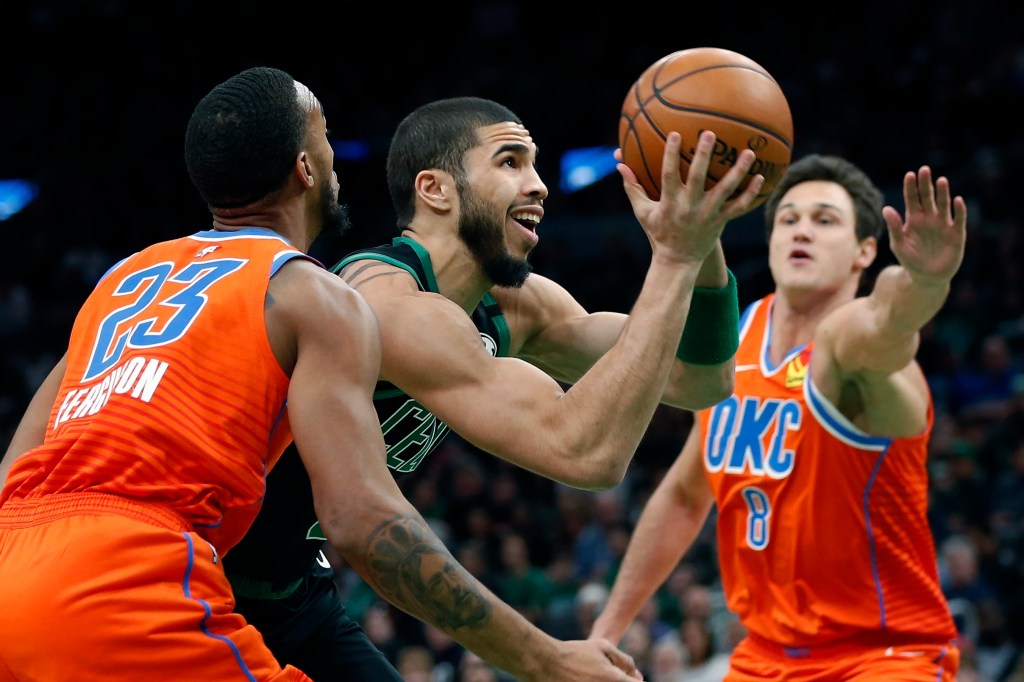 It’s always back to the film, which is naturally where Jayson Tatum went Saturday.

The way the Bucks attacked him Friday night wasn’t new. They are the best defensive team in the NBA for a reason, and against elite scorers like Tatum, they load up on the ball. He missed from outside, and when he drove, shots rolled off the rim. He finished 2-for-18 on opening night of the seeding schedule, and even that number was misleading.

His first “make” was actually an accidental tip-in by Milwaukee’s Wesley Matthews.

Most of all, though, he’ll move on. Life in the Orlando bubble is even more fast-paced than usual now that the eight-game half-month sprint has begun. Tatum gets his next shot Sunday afternoon against Portland.

Brad Stevens, who practically yawns when asked about a bad game by Tatum, he has so much faith in his young star, certainly isn’t going to change anything.

“(Friday night) he had the ball a lot in the last five minutes of the game. We think he’ll always be able to do that,” said the Celtics coach. “We just think he has a special makeup about him. On a night when he’s struggling he can make a huge play — on a night when he’s rolling he can make a huge play, because he doesn’t get too high or too low. He’s special, and that’s why I lose no sleep over nights like (Friday) night.”

As such, Tatum was his impassive self Saturday. He’s been celebrated as a rising star all season, but that attention doesn’t seem to have caused a ripple.

“I think the most important thing is I just want to try to win every day,” he said. “That was the toughest part, that I didn’t play well and we lost. I felt like I could have done more. But, honestly, I say it a lot. I hear it, but I don’t pay too much attention to it. People say good things or say bad, I never let it really bother me. So, we play (Sunday). I think I can’t get any worse, so I think I’ll play better (Sunday).

“Being able to laugh it off,” Tatum said of how he copes. “Can’t do nothing about it now, you just gotta focus on the next game and whether you play good or bad, I think that’s always how I approach it. That’s just how I approach it. It is what it is.”

Though the Blazers don’t have Milwaukee’s ability to lock down a good player, they’ll come at Tatum with the sort of loaded-up coverage he sees routinely now.

“It’s just all about watching film. Watch about what I could have done better (Friday) and try to implement it to the next game, and that’s what I’m going to try to do (Sunday),” he said. “We play every other day, so you always have a chance to bounce back and forget about the last game.

“A lot of missed shots,” Tatum said of what he saw on film. “We played hard. Obviously, the other guys played well when Kemba (Walker)’s in the game, and it’s just a learning experience. First game back against a really, really good team. They played well, and hopefully we get a chance to see them again.”

Ultimately, though, moving on isn’t such a big deal.

“Normally after games, I’m with Deuce,” Tatum said of his son, who isn’t with him this time around. “So good or bad, it takes my mind off of it. But I don’t really let things like that affect me. I try not to pay too much attention to it, especially if I’m playing bad and even if I’m doing good. You’ll have nights like that, you have good nights, always on to the next one.”