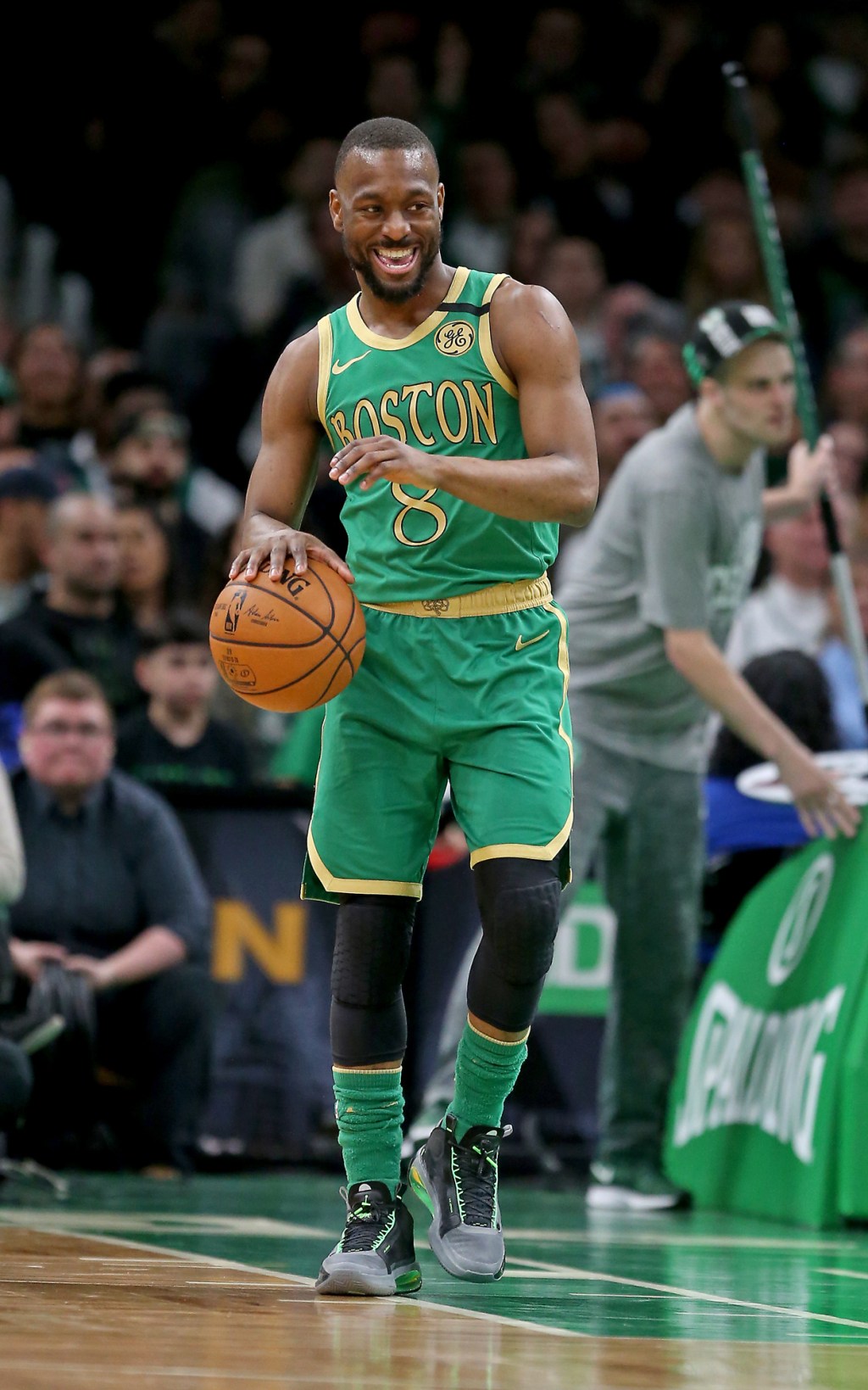 The Celtics, with a playoff spot clinched before they ever play a seeding game, are all about the product that emerges in mid-August.

And Kemba Walker, as much as the current restriction of 14 to 20 minutes per game may grate at him, is no different. The Celtics point guard, in the name of strengthening his left knee, isn’t likely to play a full minutes load until those playoff games begin.

“It will ramp up towards that, towards full minutes,” Brad Stevens said of the playoff timeline. “So just like the last couple of weeks we’ve had a plan and we’ve ramped it up appropriately. As long as he hits all his marks, as long as he continues to gain strength, then we’ll keep ramping up his minutes, and by the end of the seeding games he’ll be playing near that full-game minutes for sure.

“But we’re not backing off the strength addition right now, and I think that’s a huge part of why he’s playing the minutes he’s playing because we still need to be able to build strength over the next few weeks.”

As such, Walker will face that 20-minute ceiling when the Celtics open their eight-game seeding schedule tonight against Milwaukee.

Though Walker has gamely fielded questions about his knee since the start of bubble training camp, the man behind the mask on Thursday’s Zoom call was clearly a little tired of the subject, tired of being asked if he’s frustrated.

Of course he is.

“This is the first time I’ve ever had to go through this, so yes, it’s kind of tough,” said Walker. “But I’ll get there. I know what it’s about. I know it’s about me getting better for the playoffs and being available to my teammates. I’ll be fine. I’m working every single day to get myself prepared to play big minutes in the future. So I’ll be fine. Like I said, it’s tough, but it’s something I just have to deal with.

“It’s been frustrating. I’ve been going through this pretty much most of the season, even before this bubble stuff, so yeah it’s been something that’s been nagging a bit now,” he said. “Unfortunately it’s still been bothering me even after I put in my work and did the necessary things to try to get it right, it’s still bothering me. But it’s something a lot of athletes go through. Injuries happen and you’re not going to feel your best all the time, so I’m handling it well, as best as I could. I’m staying on top of things so I can continue to remain healthy. I’m just staying positive. That’s really all I can do.”

Looking back, he also sees where the wear and tear likely began. After missing only six games over his last four seasons in Charlotte, Walker went overseas with USA Basketball last summer. On the plus side, he had an early chance to bond with Jayson Tatum, Marcus Smart and Jaylen Brown.

On the down side, Walker didn’t get his usual down time.

“I’ve been playing for a long time,” he said. “I had a long summer playing USA Basketball, things like that. Free agency, everything. Just everything. It was a different year for me. Coming in here, coming into Boston, my offseason was a lot different actually last summer. Like I said, just staying on top of it, keeping my leg strong. Get my treatment, stay off my feet as much as possible. (Those are) some of the things that will help me.”

And in the event Walker believes he’ll be able to find his way into more early minutes than the plan allows, he should think again.

“Set in stone — 14-20,” said Stevens. “Kemba will be really happy with me when he hits somewhere between 18 and 20 I’m guessing. But he knows, I mean, we’ve covered it. The most important thing is his knee, his strength, you have to be able to build up appropriately. He’s done that in the last couple of weeks in practice.

“Maybe even a little ahead of schedule to be considering that he’s playing that many minutes in Game 1 with where we started earlier a couple weeks ago. But his strength of his knee and his ability to get in condition to play at the level that he wants to play by the time the playoffs start, this is part of the path and we’re going to stick with that.”