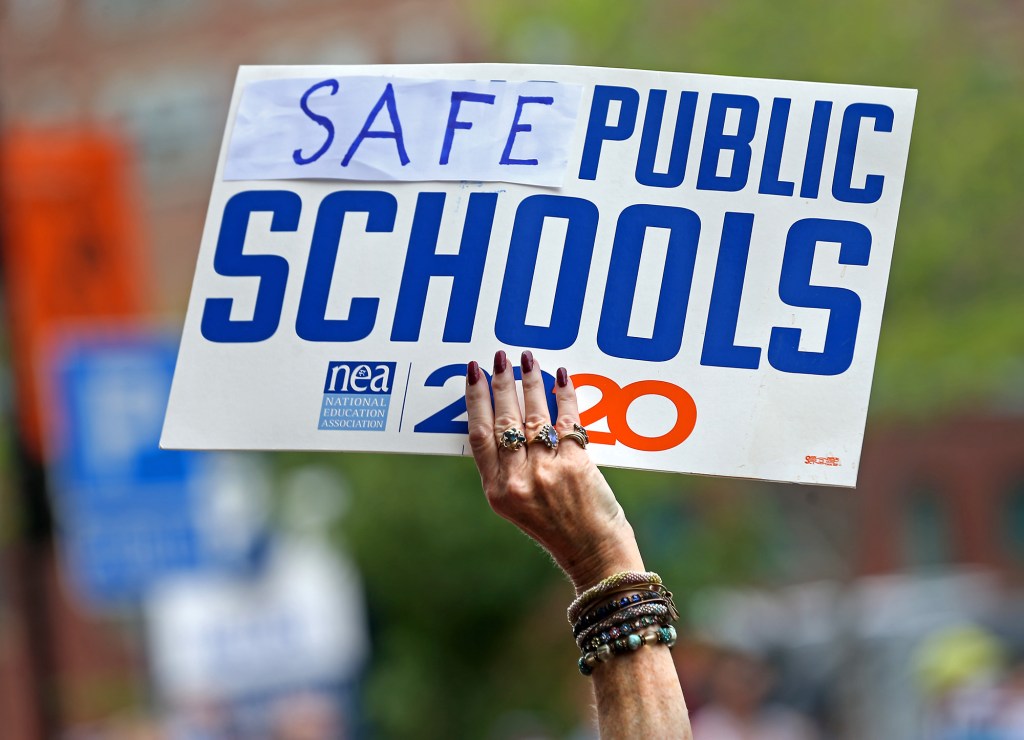 Back-to-school will look markedly different this fall with several major Massachusetts districts ruling out fully in-person learning in favor of remote or hybrid models even as Gov. Charlie Baker says it’s safe to get kids back in the classroom.

“We went over all the different potential situations and we definitely ruled out the first one, which was 100% back to school as normal,” Brockton Mayor Robert Sullivan told the Herald this week. “That’s not even in the queue.”

Districts’ preliminary reopening plans were due to the state Friday — the first step of a two-part Department of Elementary and Secondary Education process that will culminate with finalized plans on Aug. 10.

But representatives from several large districts — including those in cities most severely impacted by the coronavirus pandemic — say they’ve already rejected the idea of bringing all students back to the classroom in a few short weeks.

“In person, it does not seem safe or feasible given the space that we have and the conditions with coronavirus,” Chelsea School Committee member Roberto Jiménez-Rivera said.

Chelsea circulated a new survey to parents Friday offering two options for back-to-school: a hybrid model in which students would learn in person one week and at home the next, or a remote-only model called the Online Learning Academy.

“We are really focusing on discussing the hybrid and the fully remote and we’ll be making a decision on that later next week, Jiménez-Rivera said.

As districts move away from in-person models and Massachusetts Teachers Association members rally for remote options, Baker on Friday doubled down on his desire to see kids back at their desks.

“We want to see kids get back to school because all the evidence is that it can be done safely, and that for many kids it’s a really important part not just of their educational development but also of their social and their cultural development,” Baker said.

Boston Public Schools pitched a “hopscotch” model that would have students in classrooms two days a week. Neighboring Somerville is also opting for remote and hybrid options.

“We are on a pendulum so we need to keep an eye on the virus and respond using data and science so we can keep safety as our number one priority,” Somerville Superintendent Mary Skipper said in a Wednesday town hall.

Some districts, including Revere, are prioritizing bringing back high-needs students who require specialized support. Parents of all students will need to register for an in-person, hybrid or remote model by Aug. 19.

Lawrence Public Schools’ proposed plans including a “robust remote learning model” or a hybrid model with a reduced number of people in school buildings.

As school officials mull their options, Springfield pushed the start date for its school year to Sept. 15 from Aug. 31 after the state agreed to allow districts to delay their reopenings until Sept. 16 without requiring students to make up lost time.