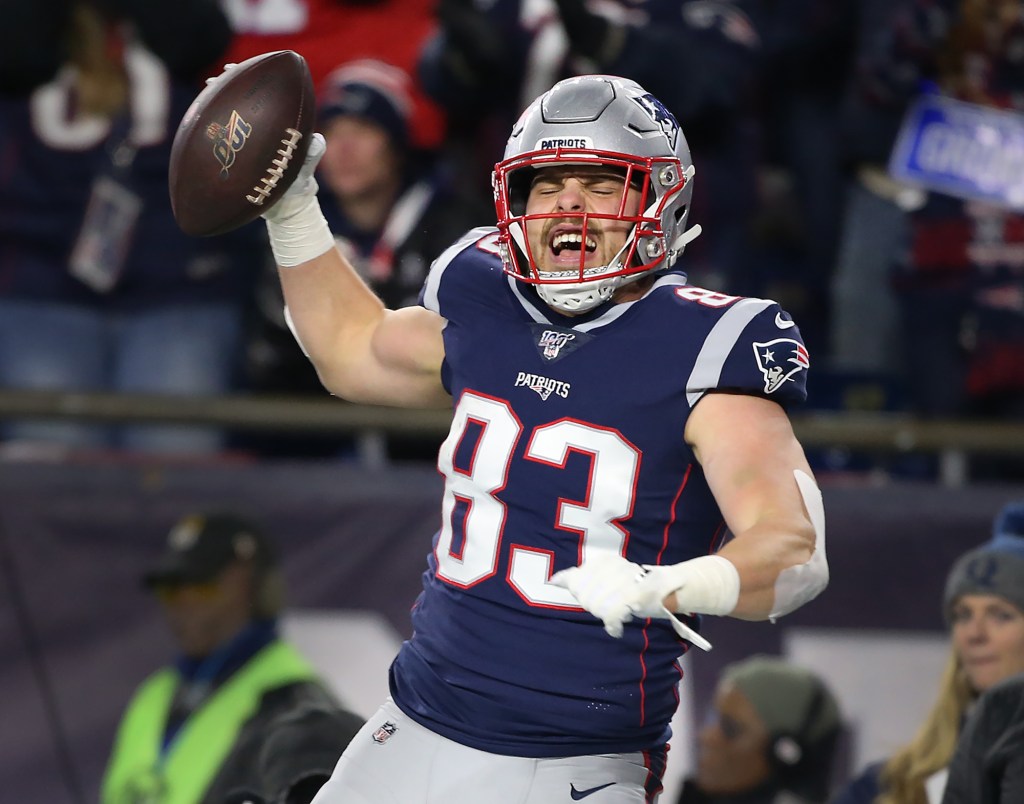 Eight’s not great. Not when it comes to the Patriots.

The opt-outs keep coming, as Matt LaCosse exercised his right to take leave from the team for the 2020 season, a league source confirmed. The Patriots tight end becomes the eighth Patriot to exit due to COVID-19 concerns.

LaCosse is opting out for family reasons, according to the source. His wife Jessica is pregnant with the baby boy who is due during the season.

As it is, the Patriots tight end room is fairly thin with rookies Devin Asiasi and Dalton Keene headlining the group. Ryan Izzo, who would have been battling to make the 53-man roster, is likely to fill LaCosse’s spot. Other tight ends on the roster include undrafted rookies Jake Burt (Boston College) and Rashod Berry (Ohio State).

With either Cam Newton or Jarrett Stidham at quarterback, the tight end position figures to be an important one.

If the Patriots want to dip into the free agent pool, the top contenders would include Delanie Walker and Jordan Reed.

LaCosse joins a lengthy list of Patriots who have opted out including Dont’a Hightower, Patrick Chung, Marcus Cannon, Brandon Bolden, Dan Vitale, Marqise Lee and Tajee Noran. The eight players are the most from any NFL team by far.

ESPN.com was the first to report the news on LaCosse.