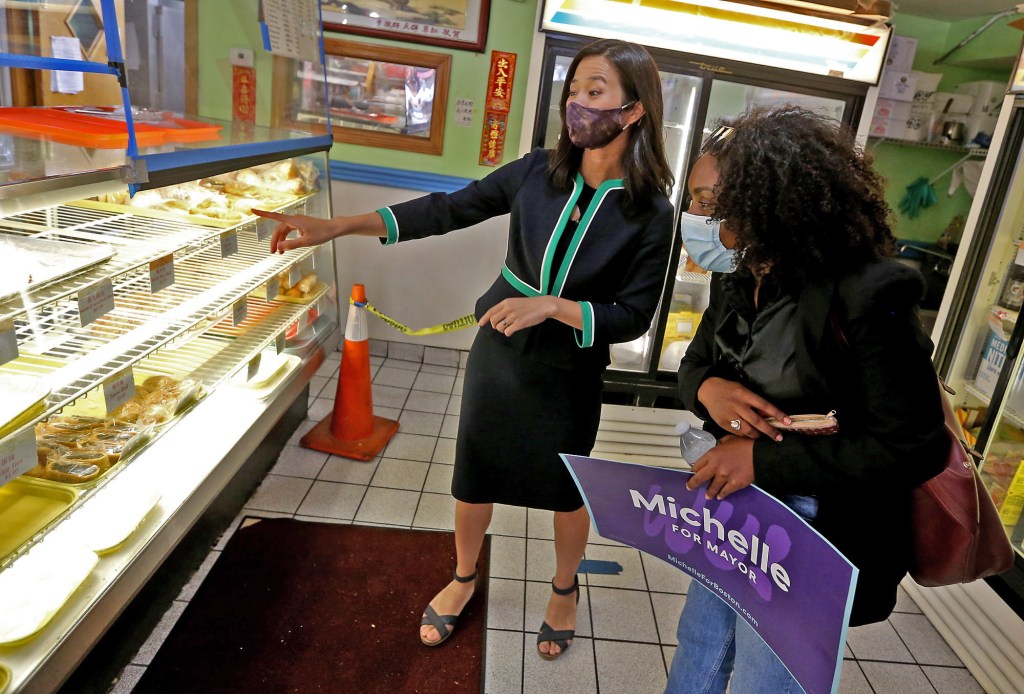 Newly minted mayoral challenger Michelle Wu is boasting $100,000 in fundraising in the first 48 hours of her campaign last week.

Wu’s campaign claimed in a news release Tuesday that supporters tossed the 100-large her way in the two days after her announcement last Tuesday morning, Sept. 15.

“We’re building a movement to empower organizing and nurture activism across every community,” the city councilor said in a statement. She said more than 2,300 people donated to the campaign in the first week.

Wu, a 35-year-old challenger from Roslindale, had just over $346,000 cash on hand as of the end of August, a month when she ramped up spending, shelling out thousands on video work, ads and research.

If she’s in the ballpark of $450,000 — or even above that — now, that’s still well below incumbent Mayor Martin Walsh, who had more than $5 million in the bank as of the end of the month.

Walsh hasn’t said whether he plans to run for a third term or not, though he acknowledged calling around to other politicians to firm up support after Wu let him know she was running.

Wu on Tuesday also announced staffers for her campaign, which will be led by Mary Lou Akai-Ferguson, who most recently was an organizer for U.S. Sen. Elizabeth Warren’s presidential campaign. Wu started off her own political career working on Warren’s first Senate run in 2012.