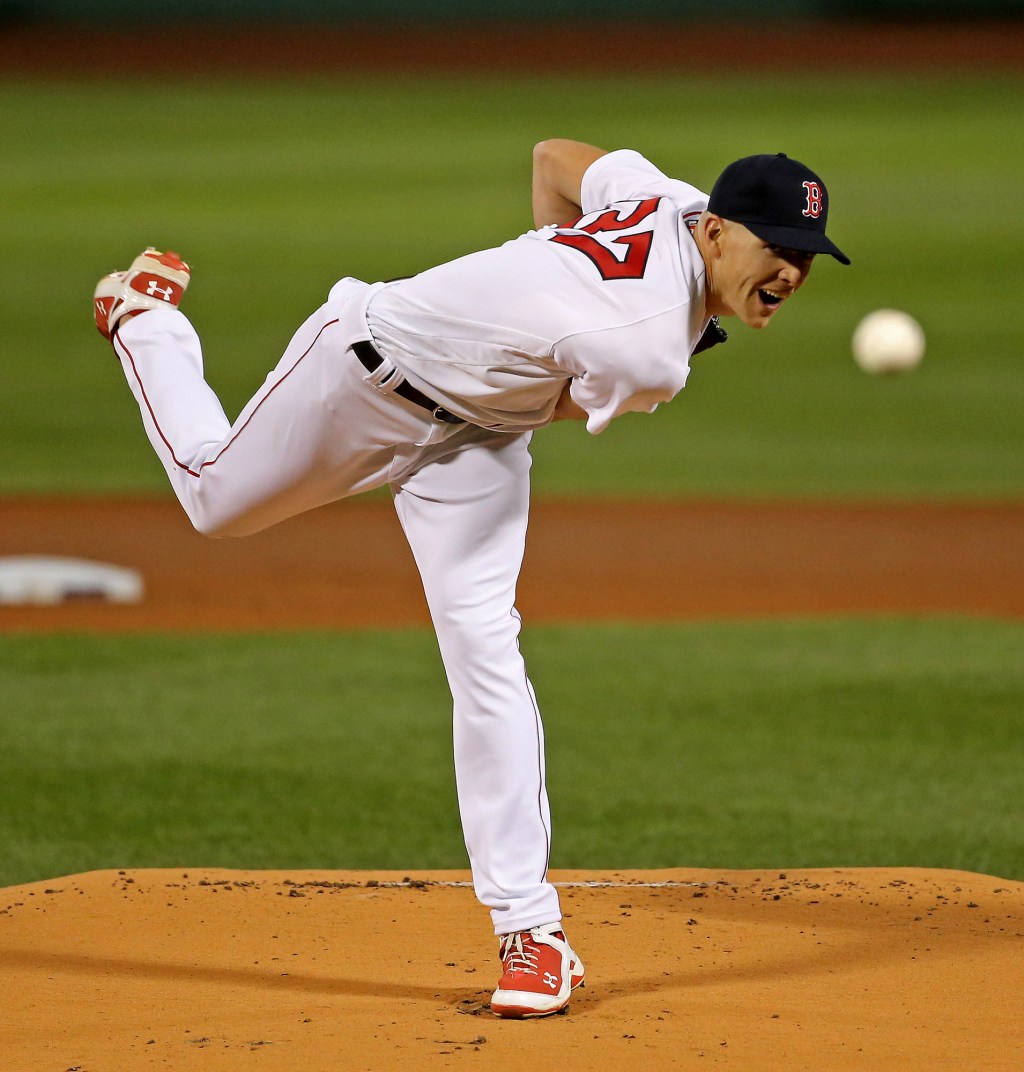 The Red Sox may be in the driver’s seat for a Top 5 pick in next year’s draft, but they’re not playing like they’re trying to ensure that.

Christian Vazquez’s three-run homer in the sixth helped seal an 8-3 victory in Nick Pivetta’s debut as the Red Sox moved within two games of the Orioles for fourth place in the division on Tuesday night at Fenway Park.

Some takeaways and observations as the Red Sox moved to 21-34 with five games to go:

Pivetta on point in debut

Nick Pivetta wasn’t exactly dominant in his first start in a Red Sox uniform, but given how poorly the team’s starting rotation has performed this season, it was a good starting place to work from and good enough to show promise as a cog in the rotation moving forward.

It only took two months and 16 different starting pitchers, but the Red Sox finally have some reason to be encouraged about their starting rotation, with Nathan Eovaldi and Martin Perez coming on strong, Tanner Houck looking terrific in his first two starts, and now Pivetta. The right-hander they acquired in a trade with the Phillies last month showed a lot to like in his Red Sox debut, allowing just one run on four hits and striking out eight over five innings.

It took a month for Pivetta to finally make his debut because the Red Sox likely were waiting to call him up to take advantage of an extra year of service time, but also because they were working to stretch him out since he hadn’t started a game since last July and had only appeared in three games for the Phillies this season. But he showed little rust in his return.

Red Sox manager Ron Roenicke said that with Pivetta, who had a career 5.50 ERA coming in, it’s all about location. On Tuesday, he was putting almost everything where he wanted, save for the three walks, two of which came in the first inning as the Orioles took a 1-0 lead. Pivetta took advantage of a chasing Orioles lineup to aid his eight strikeouts, which included 14 swings and misses, the third most by a Red Sox pitcher this season. Seven of those came via his slider.

Chavis has a tough night in left

Two weeks ago, with a need in the outfield and a willing participant, Michael Chavis moved over to left field, where he had never played professionally before. The idea was to get him in the lineup any way possible, and a year after he got a look defensively at second, to expand his versatility.

Chavis had mostly been solid in his first foray into left, but playing left at Fenway Park may take some time getting used to. Two days after a two-homer game, Chavis misplayed a pair of line drives in the sixth inning that ultimately cost the Red Sox a run. The first one off the bat of Pedro Severino and was ruled an error as a catchable ball deflected off his glove, and the second one, a liner from Rio Ruiz, cleared his head for a double.

This could be Jackie Bradley Jr.’s last week in a Red Sox uniform, and the impending free agent is making a case for potential suitors this winter. Two days after a four-hit performance in Sunday’s win over the Yankees, Bradley recorded two more hits in Tuesday night’s victory, which included a second-inning single that helped ignite a three-run frame.

Bradley has now hit safely in 27 of his last 32 games, and he’s having a terrific September at the plate, with a .333 average, eight extra-base hits, eight RBI and 13 runs scored in 19 games while raising his season average to .279, which would be a career high even if the season is a much smaller sample size. Either way, Bradley, who has publicly stated that he’s interested in testing free agency, seems intent on closing the season strong.

It’s been rare as of late, but J.D. Martinez also had a strong night at the plate, as he went 3-for-5 with a pair of doubles and an RBI. It was just the third three-hit night of the season for Martinez, who raised his average to .216.