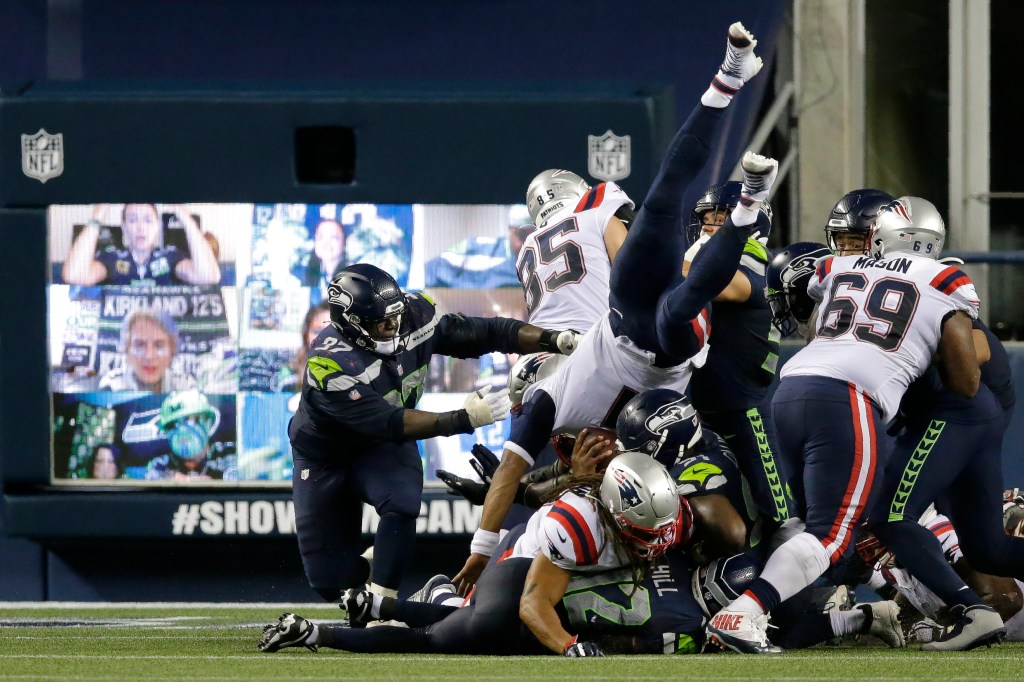 The final play call against the Seattle Seahawks has drawn much attention and been a subject for debate given Cam Newton was stuffed at the goal line.

Was it the right play call from the one-yard line with the game on the line? Was using Newton to run the ball too obvious, especially with a jumbo set in front of him, and no receivers?

Offensive coordinator Josh McDaniels addressed the play call on Tuesday during his video conference with reporters.

McDaniels said he opted to go with a play that had worked on three previous occasions during the game.

With three seconds left, Newton took the shotgun snap, began to follow the pulling block of right guard Shaq Mason, only this time, on the fourth try, was never close to sniffing the end zone.

Newton was met on by a posse of Seahawks defenders. Game over.

McDaniels took blame for the call.

“You know, at the end of the day, my responsibility is to prepare our group to be able to execute and be successful in those types of situations, and or have a call that assists us in gaining some success in those situations,” said McDaniels. “That’s my responsibility and I’m accountable for the fact we didn’t score there at the end. I need to do a better job to help our guys finish in that situation.”

McDaniels pointed out that the play was not only used multiple times in the Seattle game, but also the previous week against the Dolphins. He also said there were multiple options on different ways the play could have gone.

“We’ve run multiple different plays from it . . . there’s misdirection, there’s straight forward stuff to it, you  saw us throw a pass to (Jakob Johnson) out of it,” said McDaniels. “So there’s different things we could do, and have done.

“At the end of the day, you have to make a choice there.”

In the “jumbo” formation that McDaniels employed, there were seven offensive linemen, two tight ends, and a full back. It had worked on two rushing touchdowns by Newton, and a third-and-one conversion. But the formation also brought familiarity and an awareness for Seahawks defenders.

Asked about possibly using more of a spread formation, McDaniels indicated going with that on the failed two-point conversion earlier in the game. That was stuffed by Jamal Adams.

“In either case, you can choose to spread ‘em out, you can choose to keep ‘em in tight,” said McDaniels. “Like I said, it’s my responsibility to help us get in the endzone there, and make the right call. I think Seattle should get a lot of credit. They did a great job on that play. They made a great play at the end of the game to help their team win. They deserve a lot of credit.

“But at the end of the day, I’m accountable for that, and I’ll try to do better as we move forward.”