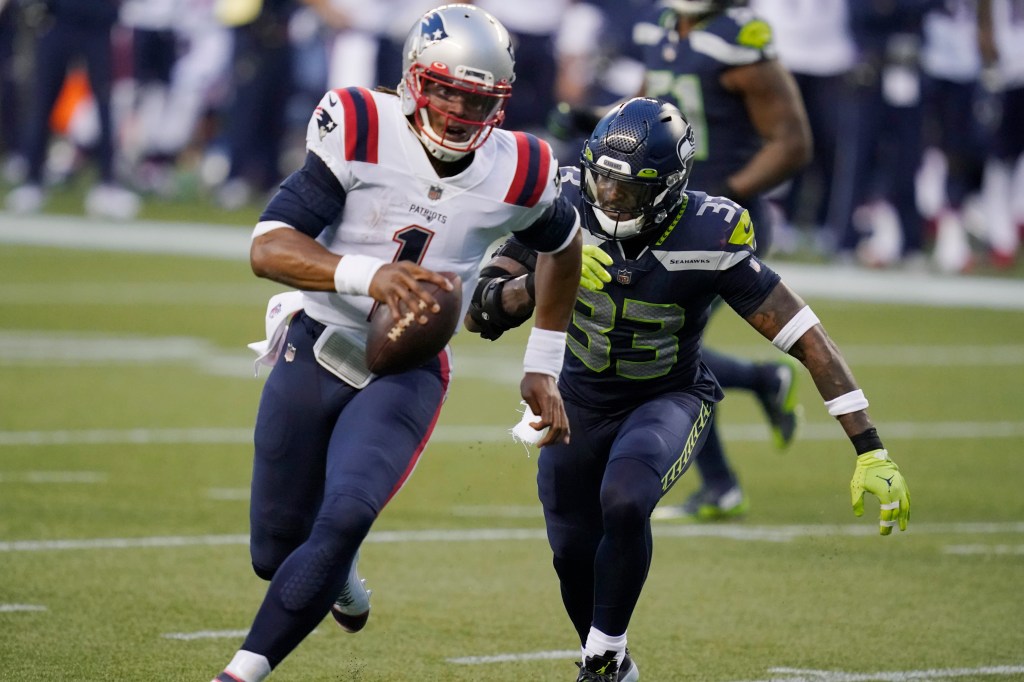 Cam Newton’s average annual salary of $1.75 million for his one-year deal ranks well below most NFL starters, even many of the league’s backups.

The maximum value of the deal, if he hits incentives, is $7.5 million. During his appearance on The Greg Hill Show Tuesday, Newton was asked if he’s motivated by that, seeing lesser quarterbacks making a lot more, especially given his production versus their production.

“If I do what I’m supposed to do, that will not even be a topic of discussion here moving forward,” said Newton, who was 30 for 44 for 397 yards with a touchdown and an interception in the 35-30 loss to the Seahawks Sunday night. “You’re talking to a person … money at this particular point in my career, is not important. Let’s be honest. I’ve made money, but for everything that I play this game for, I haven’t received yet. That’s why I’m playing. So it’s not about money, it’s about respect.”

Respect comes from playing well and winning. Respect also comes from Super Bowl rings. Newton seems to have his eye on the prize.

He said when he was negotiating the deal with the Patriots, he didn’t want to go back and forth and haggle over money. He’s confident that will come in time.

“For all it’s worth, it’s going to pay dividends going forward,” he said. “And I do believe this. A wise man once said, and that wise man is my father, ‘all blessings do not come in the financial means.’ … blessings come in many different forms than financial compensation. For me, if I do what I’m supposed to do, everything else will take care of itself.”

Asked if he would be open to discussions from the Patriots if they approached him during the year, and perhaps take a little less to stay with a contending team, Newton said he understood where the question was headed, but it wasn’t in the forefront of his mind.

“You must understand, that is literally the last of my worries,” he said. “If we had to put an analogy in it, that’s probably under so much work on my desk. I’m not really too much focused on it. I do admire and love the culture of the Patriots. And, it’s been a place for me that’s been therapeutic. This has been a place that’s been challenging for my growth, and making me better. It has been a place that has given me everything for my needs at this particular point in time in my life.

“Yet, through it all,” he added, “I’m going to let the cards shuffle the way they shuffle, and do the things that I can control.”

Here’s a few other items of note from his weekly appearance:

On last play of Seattle loss: “We ran the play four times. It’s not my job to go back and forth with what coach decides. It’s my job to execute what coach decides … we ran the play four times, and we were successful three of those four times. The fourth time was obviously the last play … through it all, that’s championship football. We have to be better. I have to be better. There was an opportunity, when I look back at the film, I could have bounced it, and it would have been a walk in … I know scrutiny would have been no matter what the play call would have been, let’s be honest.”

On his arm strength: “When people see you do certain things they say you couldn’t do, it becomes a shocker. But for me, I play this game, and I prepare for this game probably like no other player because I have to have endurance like a wide receiver, I have to have the physical toughness as a running back, and just the intuitiveness of being cerebral like a quarterback. I wouldn’t necessarily call myself a quarterback. I’d call myself a football player that just so happens to play quarterback. When people see that, it’s foreign to them.”

On whether Josh McDaniels is his best OC: “I don’t believe in best and this that … I do believe our match has been relatively special knowing his coaching style, knowing his expectations, knowing his fiery-ness … as long as you keep pressing that gas, it’s my assumption and my expectation to get up to speed of how you want things.”

On if he has enough weapons: “I’ll say this. The answers are in that locker room … We’re good to go.”