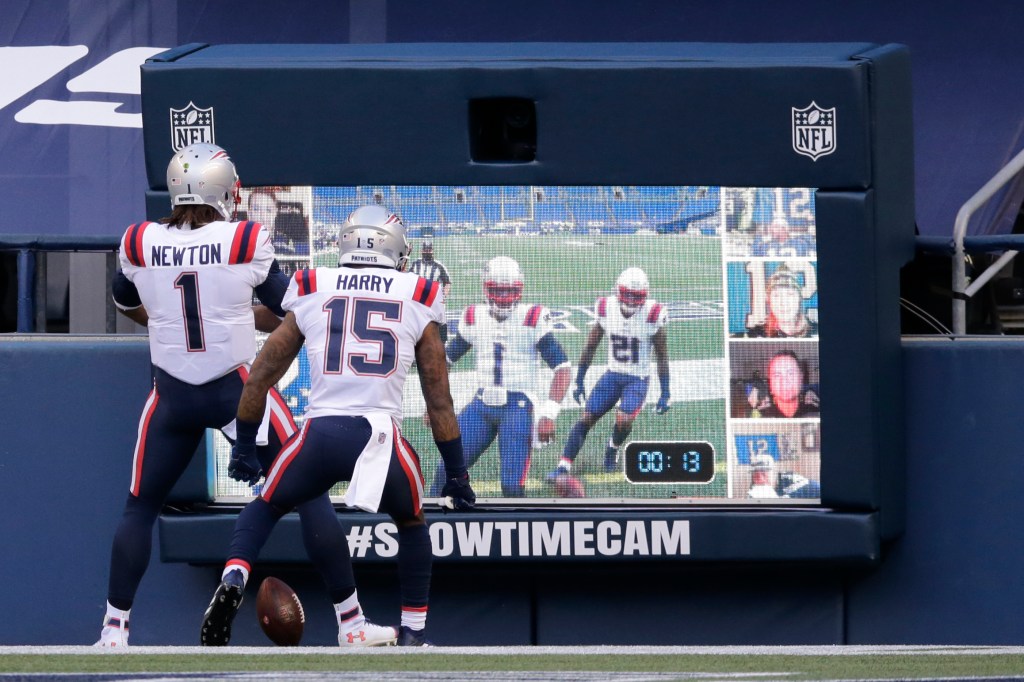 Under different circumstances, this might have been N’Keal Harry’s breakout game.

In a 35-30 loss at Seattle, it’s tough to single out performances.

But Harry’s is certainly of note.

After a week in which Cam Newton went to bat for him, and pumped him up in the wake of a difficult Week 1 performance against the Miami Dolphins, Harry responded by having his best game as a Patriot.

He showed the kind of promise and talent that made him a first-round selection of the Patriots in the 2019 draft with a number of big-time catches, especially in the final minutes.

He showed up for Newton, displaying a toughness throughout. In the first quarter, despite taking a huge hit, he somehow held onto a Newton throw on a fourth-down play that eventually led to a score.

Harry managed to hold on, even after being on the receiving end of a vicious helmet-to-helmet hit by Seattle’s Quandre Diggs. The Seahawks defender was disqualified for the dangerous hit.

After spending some time on the turf, Harry eventually got up, shook off the cobwebs, and played the rest of the game, making a career-high 8 catches on 12 targets for 72 yards.

Perhaps most telling was Newton’s trust in Harry with the game on the line.

After the defense stopped Russell Wilson, the Patriots started out on their 19 with a little more than a minute left on the clock. Newton didn’t hesitate going to him time and again as his first pass went to the second-year receiver for 13 yards. He later hit him for 17 yards. Then with nine seconds left, it was Harry once more for 12 yards, putting the ball at the one.

The Patriots didn’t convert from there, with Newton getting stuffed at the goal line, but that was three catches for 42 yards for Harry with the game on the line. After the 35-30 loss, Newton was quick to once again salute Harry, who he calls “Doughboy.”

“Doughboy has grown before everybody’s eyes. For him to gain confidence in himself, I think that’s the start,” said Newton. “That’s what I think he’s doing.

“Today’s game was a great indication of that, what he could potentially be,” he added. “Yet through it all, he still has to keep building to become the best version of himself.”

Harry caught 5 passes in the Miami win, but it was his fumble out of bounds for a touchback that was the prime topic of conversation. So was dropping like a sack of potatoes after being leveled by 5-10, 189-pound Dolphins defensive back Jomal Perry after Harry had built up a head of steam after a catch.

In this game, even in the loss, Harry made a much more favorable impact, and it was certainly noticed by his teammates.

“I’m really proud of N’Keal. I think he showed a lot of toughness tonight,” said special teams captain Matthew Slater. “He was very competitive, and just showing a lot of promise the way he fought, exiting the game for a little bit, coming back and making some tough catches, getting targeted in the head, and staying in the game … I thought that was a case with many of our guys tonight. They went out there and competed at a very high level under some very tough circumstances. I really appreciate those guys.”