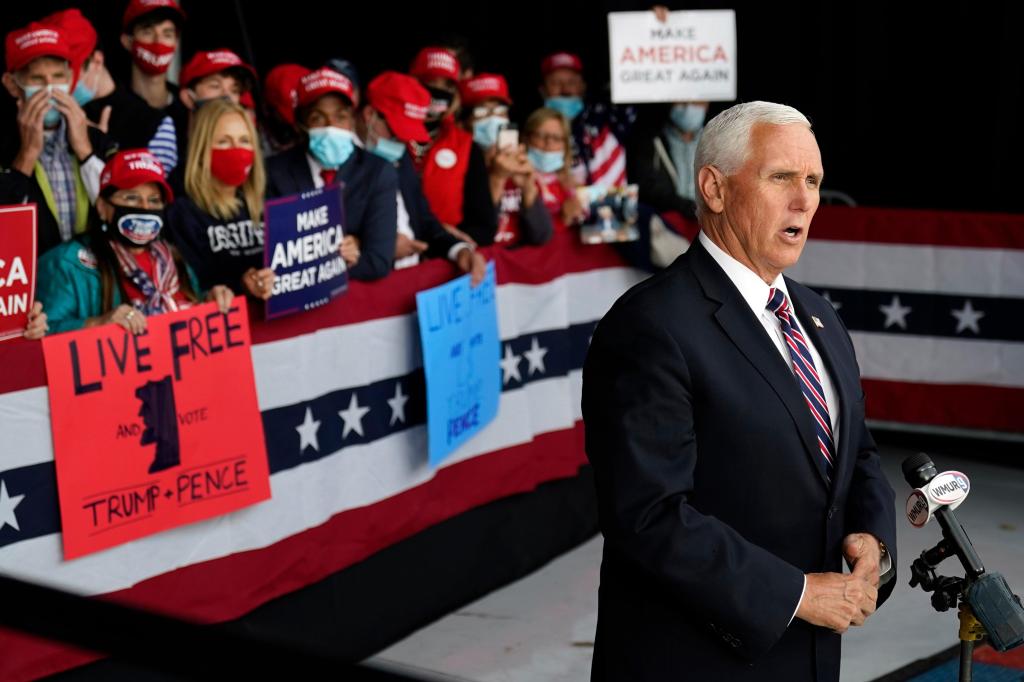 WASHINGTON (AP) — Vice President Mike Pence’s airplane struck a bird Tuesday on takeoff in New Hampshire, causing the pilot to return to the airport out of caution, the White House said.

Pence was flying home to Washington from a campaign event at an airport hangar in nearby Gilford, New Hampshire.

When Air Force Two took off from Manchester-Boston Regional Airport, it struck a bird. A senior administration official, who wasn’t authorized to address the matter publicly and spoke on condition of anonymity, said the vice president and his entourage were in no danger.

Pence ended up flying home on a cargo aircraft that the Secret Service uses to transport his vehicles during his travel.