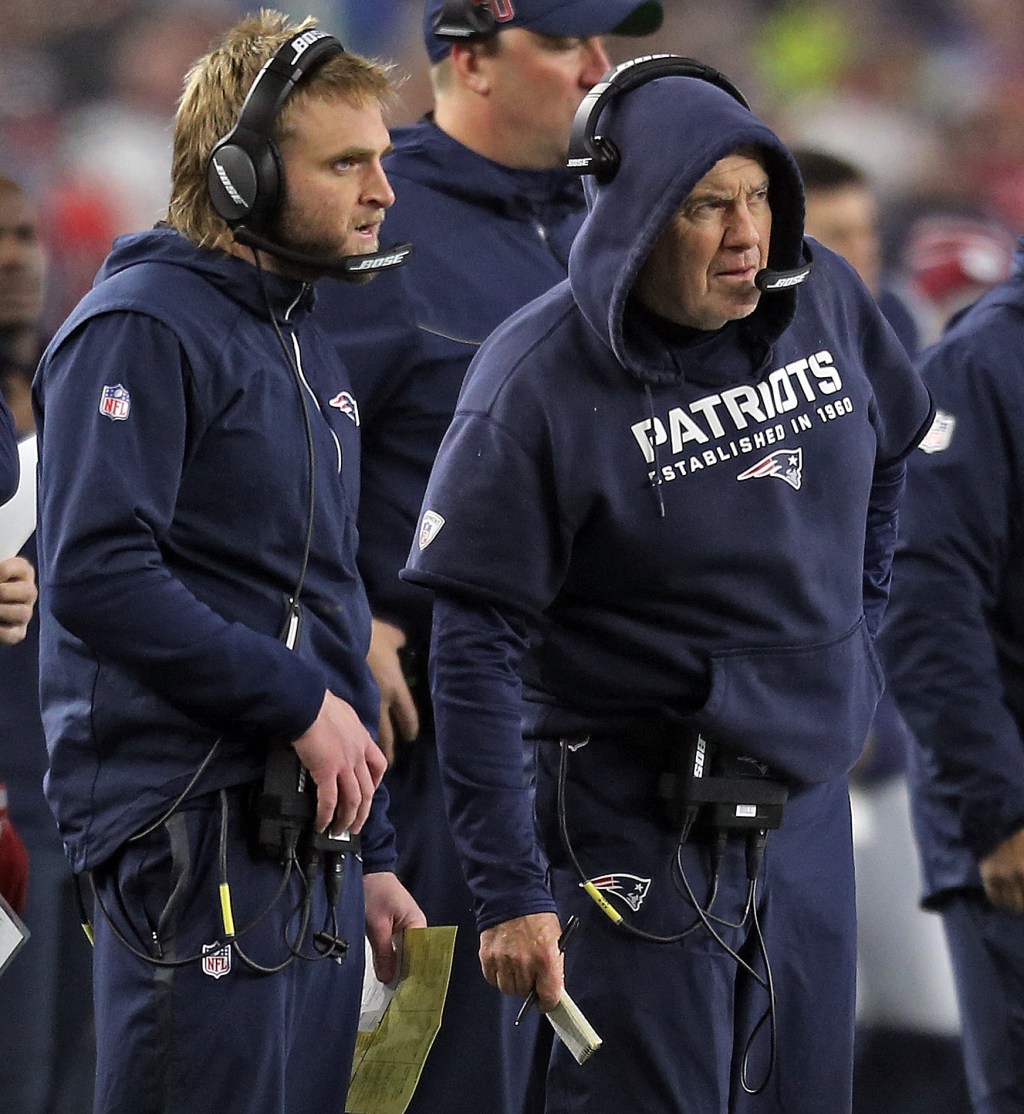 It is in the DNA of the Patriots defense to eliminate opponents’ strengths.

Or, in other worn words, make them play left-handed.

But if the Pats successfully scheme their way to eliminating the Raiders’ strength on Sunday, they won’t just force them to play left-handed — they’ll tie both hands behind their back.

Tight end Darren Waller has become the key to beating the house in Las Vegas, arguably the most surprising 2-0 team in the NFL. He ranks second in the league in targets this season, seeing 16 passes alone in a Monday night win over the Saints. He’s secured triple the number of catches any other Las Vegas wide receiver or tight end has.

Waller also accounts for almost 20% of the Raiders’ total yards, just a tick above last season’s share that ranked him among the league’s elite pass catchers. Frankly, it’s no surprise Bill Belichick respects the hell out of him.

“There’s some really good tight ends, but nobody really does more than this guy does,” Belichick said Tuesday. “And he does it very well.”

Waller’s numbers are borne from his perfect match with quarterback Derek Carr, who’s never seen a short throw he doesn’t love. All but one of their connections this season have been made within 10 yards of the line of scrimmage. Carr’s other favorite checkdown is star running back Josh Jacobs.

Jacobs deserves consideration as a game-plan focus, but he can be excluded because offensive line performance and defensive box numbers have been proven to play far more determinant roles in rushing outcomes than a running back.

It explains how Sony Michel thrived as a rookie, rushing behind the league’s fourth-best run-blocking O-line in 2018, per Pro Football Focus player grades, and has slumped since. More recent evidence can be found in the NFL’s top two running backs by yards per carry average, Green Bay’s Aaron Jones and Cleveland’s Kareem Hunt, whose successes are a function of PFF’s No. 1 and No. 2-ranked run-blocking lines.

As for the Raiders, their O-line ranks 21st in run blocking and 24th in adjusted line yards, a Football Outsiders metric that divides credit for rushing outcomes to backs and their lines. (Las Vegas left guard Richie Icognito has also been ruled out for Sunday.)

So judging by film or analytics, Jacobs becomes a lesser concern — provided the silver and black don’t send the Men in Black to wipe the Pats’ memory of how to play run defense.

Waller, on the other hand, must be committed to memory.

No other pass catcher on the roster can threaten the Patriots secondary 1-on-1 quite like Waller, who runs a 4.46 at 6-foot-6 and 255 pounds. He’s a proven red-zone threat, catching two touchdowns against a New Orleans defense that eliminated everyone else. Receivers of Waller’s caliber have traditionally been subject to double teams by Bill Belichick’s defenses inside the 20-yard line.

More will come on Sunday.

The last tight end to draw red-zone doubles was Miami’s Mike Gesicki, who otherwise faced Joejuan Williams during most of the Pats’ season opener two weekends ago. Williams held Gesicki to one catch on three targets and deflected the final throw that resulted in a game-sealing interception. It reasons that Williams, at 6-foot-4, could be the starting point for defending Waller, particularly in obvious passing situations.

“When you have tall guys at the corner position, sometimes a lot of them can’t run. Or if they can run, then they don’t have good hips. And Joejuan has both,” said Pats safety Adrian Phillips. “That’s why he’s out there. … It makes the game plan a lot more manageable.”

Problems could still arise on standard or neutral downs — such as 1st-and-10 and third-and-short — when Las Vegas can run or pass from heavy personnel. This would keep packages with Williams off the field in favor of four or five defensive backs, plus an additional linebacker and/or defensive linemen. Under these circumstances, Waller becomes a physical mismatch for any Patriot on the field.

This, of course, the Raiders know, having already victimized their past two opponents in these exact situations. Exactly two-thirds of Waller’s receiving production this season — both catches and yards — have come on snaps of 1st-and-10 and third-and-short.

For Belichick, aside from assigning a helpless safety or linebacker to cover Waller, there is another card he can play from base defense: the reigning Defensive Player of the Year. Stephon Gilmore could shadow Waller on standard downs, then pass the assignment to Williams or a pair of his teammates on third. There is some precedent.

In 2013, Belichick shadowed Saints All-Pro tight end Jimmy Graham with cornerback Aqib Talib, whom he allegedly called this offseason to sign as a tight end stopper. Five years later, Belichick assigned Gilmore to Chiefs tight end Travis Kelce with the AFC championship on the line in Kansas City. Both thrived in their game plan-specific roles.

Asked Wednesday about the possibility of Gilmore shadowing Waller, Las Vegas coach Jon Gruden shot back: “Well, if they can find him.”

And herein lies the final problem with Waller.

Understanding their weapons around him are limited, the Raiders bounce Waller from a traditional in-line position to the slot and out wide. Last season, he took at least 180 snaps in each spot, per PFF. Waller either creates an instant mismatch through his alignment or eventually cracks a defense determined to shadow him with a single defender who causes his teammates to shuffle around him snap after snap.

No one understands how to defend Waller better than Phillips, whose old Chargers defense was the last to hold him under 40 yards back in December. On Wednesday, he recalled their coverage plan as being predicated on an All-Pro defender, who was supported by teammates committed to identifying Waller’s alignment pre-snap.

“We definitely knew where he was lined up every snap,” Phillips said. “And it doesn’t help (them) when you got a guy like Derwin James, who can cover anybody on the field. We just knew where he was, and we knew what they were trying to feature with him, and we took that away from them.”