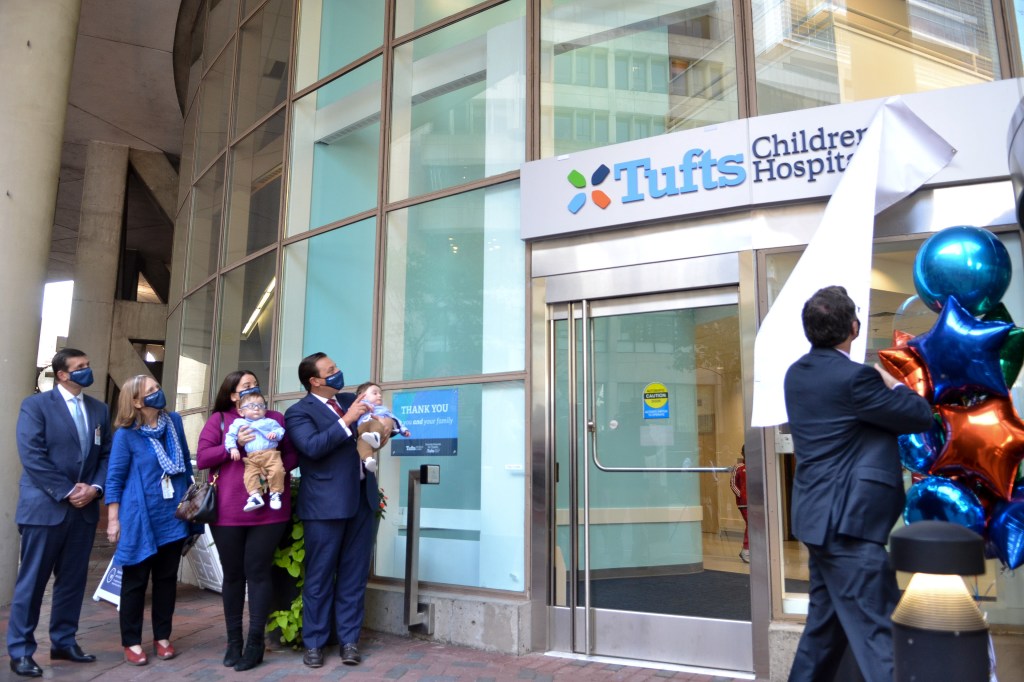 Tufts Medical Center officially renamed its pediatric hospital on Monday, changing it from the historic Floating Hospital for Children to Tufts Children’s Hospital.

“Floating Hospital started as a ship in Boston Harbor, back in the day when doctors thought that sick kids needed the clean sea air to get better,” said Dr. Geoffrey Binney, pediatrician-in-chief at Tufts Children’s Hospital. “It’s a rich history, but unfortunately, even after all this time, the name hasn’t resonated with the people of Boston and surrounding towns. Changing the name to one aligned with the Tufts brand will help us receive attention commensurate with the outstanding pediatric care we have provided for more than a century.”

Rhode Island’s two casinos, which reopened in June after being closed for several months because of the coronavirus, are further expanding their weekend hours this month.

Twin River Casino Hotel in Lincoln and the Tiverton Casino Hotel will be open all weekend until 3 a.m. on Sundays, and also will remain open 24 hours on Sundays before a Monday holiday starting Sept. 25, Twin River announced Monday.

“We’re pleased to expand our weekend hours of operation and take one step closer to some degree of business as usual,” Marc Crisafulli, president of Twin River’s Rhode Island operations, said in a statement.

State and federal officials are extending the review of a yearslong megaproject in Allston that would result in a major overhaul to the Massachusetts Turnpike in order to further analyze possible construction layouts and to allow more time for public feedback.

Monday had been circled as a deadline for the state Department of Transportation and federal partners to decide a consensus option for the more than $1 billion project, but Transportation Secretary Stephanie Pollack said the process is “taking a little longer” than a schedule she outlined.

Under an updated outline Pollack presented at a Monday MassDOT board meeting, agencies will continue talks into October. Officials will then open another public comment period, then attempt to find agreement on a preferred design sometime in the fall.

Micosoft to buy ZeniMax for $7.5B

Microsoft is buying the company behind popular video games The Elder Scrolls, Doom and Fallout.

The software giant said Monday that it is paying $7.5 billion for ZeniMax Media, the parent company of video game publisher Bethesda Softworks.

Microsoft said it is buying Bethesda in part to beef up its Xbox Game Pass game subscription service, which it says has over 15 million subscribers.