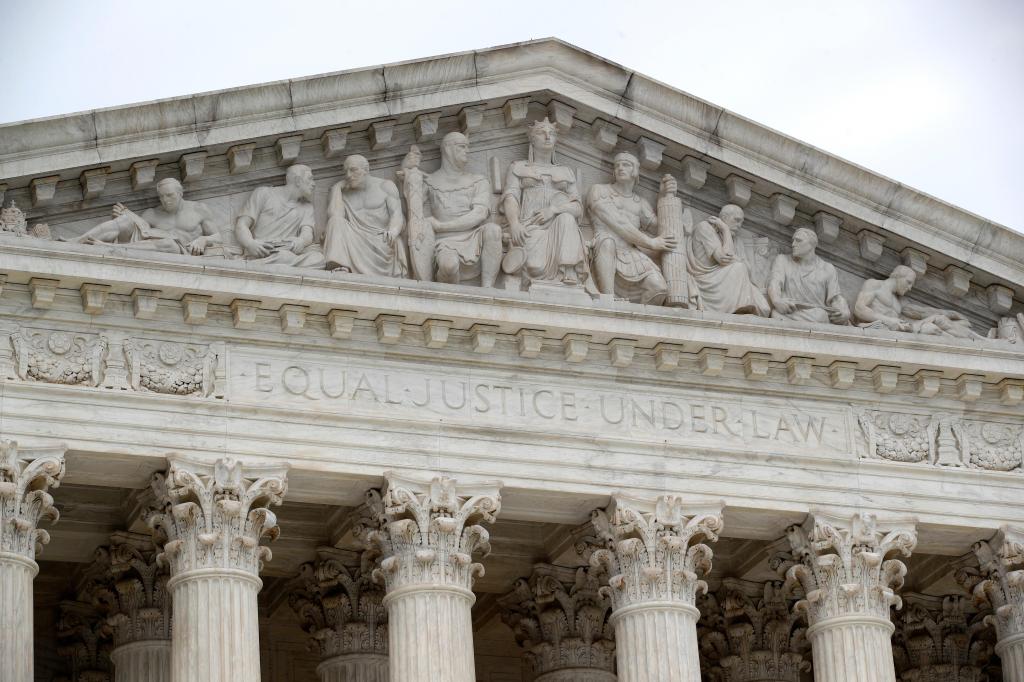 Barely pausing to mourn the passing of Supreme Court Justice Ruth Bader Ginsburg after her death from cancer Friday, politicians and pundits began debating the process of filling her empty seat on the court.

As with all things in these hyper-partisan times, it got ugly, very fast.

Cries of “hypocrisy” went up on the very notion that President Trump should be allowed to name a potential successor. When Supreme Court Justice Antonin Scalia died in February 2016, Senate Republicans insisted his seat not be filled, as the presidential election was about nine months away. The Democrats vehemently opposed the inaction.

Democrats are livid again, this time at Trump’s move to quickly fill the high court seat. Biden is appealing to GOP senators to delay the vote until after the election, and some are opposing Trump’s decision.

One can almost admire the chutzpah of Democratic lawmakers and media allies decrying “hypocritical” moves by Republicans, especially in regard to Supreme Court justices.

Rancor and rebuke were rampant during the Senate Judiciary Committee hearings in 2018, where then-Supreme Court nominee Brett Kavanaugh faced allegations of sexual assault by Christine Blasey-Ford. In the court of public opinion, fueled by left-wing fury, he was, and remains, guilty — because #webelievechristine.

Presidential nominee Joe Biden has been accused of sexually assaulting former Senate staff assistant Tara Reade, but while his supporters have said they believe Tara, they’ll still vote for Joe because, lesser of two evils.

We could go on.

In regard to filling the empty Supreme Court seat, there is an added urgency that it be done before the Nov. 3 election.

This year, and this election, is far from normal, thanks to the coronavirus pandemic. Though many states will have regular in-person voting as an option, there will be mail-in and absentee ballots. But the rules regarding those aren’t the same around the country.

In some states, absentee ballots must be received before Election Day. In at least 20 others, ballots that are received after Election Day will be counted, as long as they are post marked by Election Day.

Between an increase in absentee ballots and difference in postmark deadlines, it is unlikely we will know the outcome of the election Nov. 3 — and we may not know for weeks.

Then there’s the National Popular Vote Interstate Compact — an agreement among a group of U.S. states (including Massachusetts) and the District of Columbia to award all their electoral votes to whichever presidential candidate wins the overall popular vote. Yes, the Electoral College will also have to cool its heels waiting for the popular vote tally, though electors meet on Dec. 14 to cast their votes.

And that’s if things go well.

The outcome could be contested, and in a repeat of the 2000 election, wind up before the Supreme Court. That recount ruling split 5-4, in favor of George W. Bush over Al Gore.

None of this would be happening in a vacuum. There is enough unrest in the streets already without one of the central stabilizing components of our democracy — a free election — being dragged out and potentially stalled because of political posturing.

In a chaotic election year, lawmakers should do all they can to shore up the foundations that keep us whole.