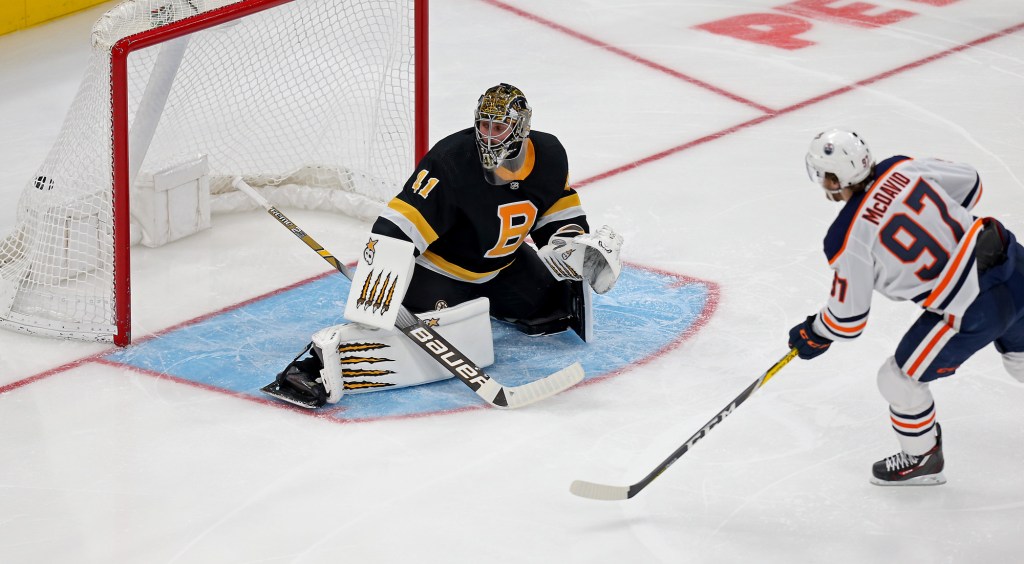 Jaroslav Halak will start for the Bruins in their opening round robin game today against the Philadelphia Flyers at 3 p.m. and Daniel Vladar will back up.

Coach Bruce Cassidy said that the scheduled starter, Tuukka Rask, was “feeling better” but was still unfit to participate. He said that he hoped Rask would be back on the ice “as early as (Monday).” Rask has not been on the ice since Thursday’s exhibition against Columbus.

Cassidy, meanwhile, will make some shifts in his bottom six forwards. He’ll reunite the old fourth line of Sean Kuraly centering Joakim Nordstrom and Chris Wagner while Karson Kuhlman will stay in the lineup and play right wing on a third line with center Charlie Coyle and left wing Anders Bjork. Par Lindholm, who had been centering the fourth line, is not in the lineup.

Most of Saturday’s play-in games were physical, entertaining affairs. Cassidy was curious to see if the round robin games would look the same.

“You can’t hide the fact that any team could lose all three of them and they’re still in the playoffs. That’s a fact. And I think players aren’t stupid. They recognize that,” said Cassidy. “So I think to a certain extent individual players may have that thinking, ‘I’m going to ramp up my game slowly, so by the time we start on August 11 or whenever, I’m going to be ready.’ So some of the veteran guys, there’s trust in that and you have to respect their opinion. As a team, as a coach, I’m certainly not approaching it that way. I would like our team to be serious and focused right from the puck drop so that after four months off you can shake some of the the rust off a lot quicker. To think you can get to the top of our game in this short a time I think is wishful thinking. The team that minimizes their mistakes the most, capitalizes on their opportunities, plays a safe game early on, I think you’ll see them win hockey games. Just the mental part of it, getting into that serious mode, is tough. I do believe there is some of that trap mentality. But until we start playing, it’s going to be tough to say. “

We don’t have much longer to wait to find out.