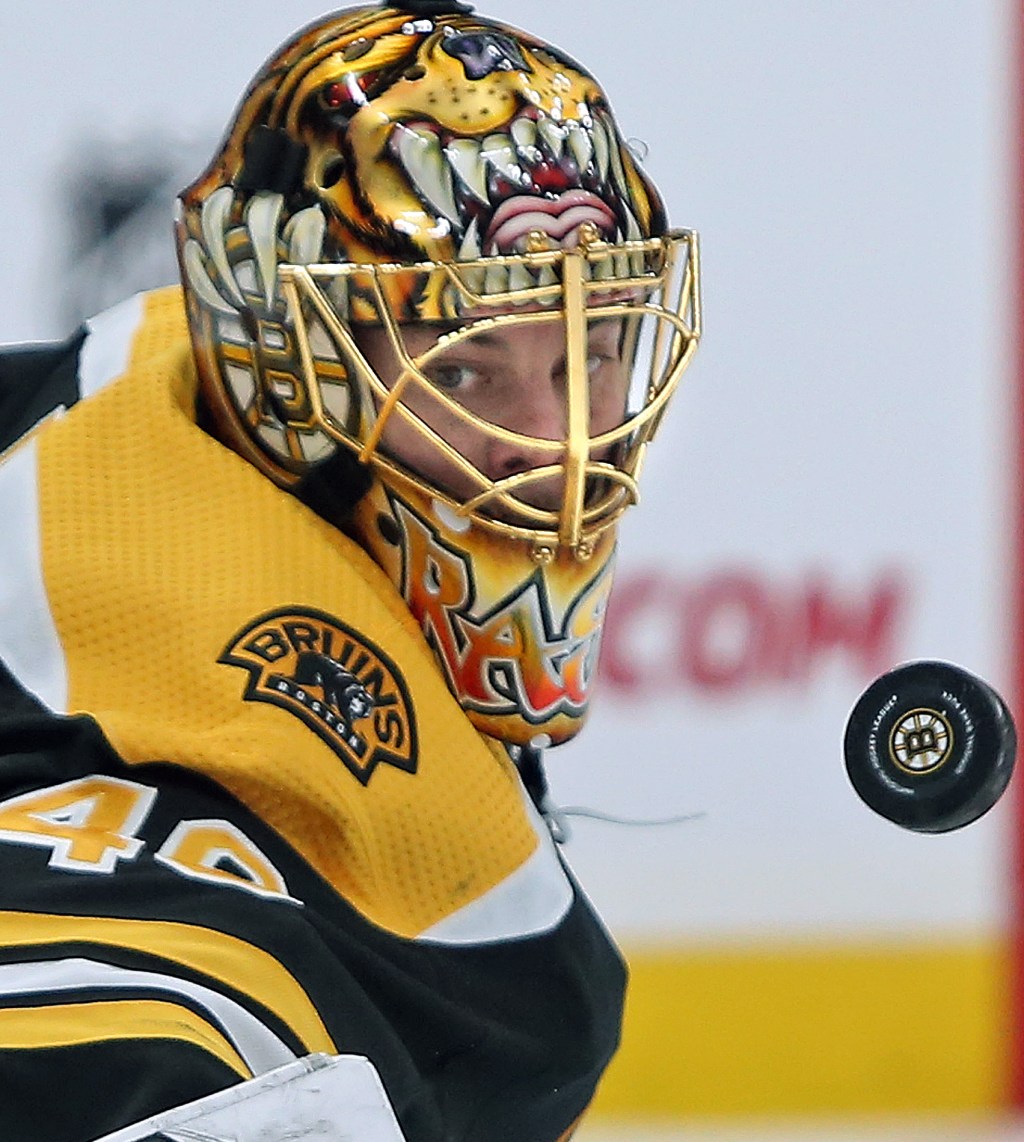 Long before the Bruins arrived in Toronto, it was a well-established notion that they – and every other team in the 24-club tournament – would need more than one goalie to succeed.

Well, the B’s may be testing that theory much sooner than they’d anticipated.

The B’s had one noticeable absence at their practice on Saturday and it was goalie Tuukka Rask, who was scheduled to start Sunday’s round-robin opener against the Flyers. One missed practice in the middle of a normal season would not automatically mean Rask wouldn’t be playing the following day, but these are not normal times. The B’s did not practice on Friday and they will not have a morning skate before their 3 p.m. contest against the Flyers, meaning the last time he was on skates was Thursday evening, when he gave way to Jaroslav Halak midway through the game in a scheduled change.

“He wasn’t feeling well, so unfit to participate today. Will he start? I’ll have to talk to Tuukka later and see where he’s at. If not, Jaro will be ready to go,” said coach Bruce Cassidy.

Now “he wasn’t feeling well” sets off all sorts of alarms in these coronavirus times, of course. The league has adopted the policy of giving as little information as possible regarding player absences, though the Bruins did get specific in explaining Zdeno Chara‘s one absence in Phase 3 (his test result had not come back on time).

But the fact that Rask’s playing status could be determined by a conversation between the coach and player gives one the sense that it’s not Covid/testing/protocol-related. Rask had broken a finger on his catching hand prior to Phase 3 but said after Thursday’s exhibition that the finger was fine. We shall see. …

The B’s were able to welcome long lost teammate Ondrej Kase into the fold. Kase, who missed all of Phase 3 after he and David Pastrnak had worked out with some local skaters at a Malden rink, arrived in Toronto on Friday.

When asked why he missed that time and then also had to arrive nearly in Toronto nearly a week after his teammates, Kase said he would “prefer not to go into specifics” about that or how he was able to avoid the four-day quarantine that was believed to be required of him if he had flown commercially. Cassidy, who had also been under the impression that the quarantine was required, said “I think there was a mistake somewhere along the line (regarding quarantine). He didn’t have to quarantine here. He did that in Boston. He arrived (Friday).”

How long it takes Kase to be ready for game action remains to be seen. On Saturday, he did not skate with the main group but rather with a second group of extras. With Kase having arrived in Boston at the trade deadline, Cassidy has admitted that he hadn’t had enough time to fully get to know the ins and outs of Kase’s game. The coach isn’t flying totally blind, though.

“He’s high energy, he’ll get on pucks, he’s a good forechecker that way, he’s good being the first guy. Jake (DeBrusk‘s) got good speed, too, so if he ends up with (David) Krejci, Krech can be kind of the high guy and read off those two,” said Cassidy. “(He’s got) a willingness to shoot the puck. He went to the net. The offensive numbers were there and I’m not sure they were for the line in general so I’m not going to put that all on Ondrej. So that’s what I expect out of him. He’s young, he should have his legs. For him, it will be getting the reps, the timing, the execution, getting used to the physical part of the game because he’s been out of practice. Our guys have done obviously more of that and we’ll try to step it up more in practice without risking injury and they’ve got a game under their belt. That’s where Ondrej will have to catch up. We’ll see where he’s at once he gets back at it.” …

After leaving Thursday’s game midway through the third period with what appeared to be some sort of core discomfort, Brad Marchand returned to practice and Cassidy expects him to be ready for the Flyers.

“I’d say the reason he left the other day won’t preclude him from playing (Sunday),” said Cassidy. “He looked fine. You never know with those 3 o’clock games, how it will shake out. His minutes will be determined more with how he’s playing. Obviously if there’s a lingering issue with an injury we’ll keep an eye on it. But I think he’s going to be 100 percent, ready to go and play whatever’s asked of him.” …

Cassidy unsurprisingly declared both Kase and Nick Ritchie out for Sunday, but Ritchie was hopeful he could be ready for Wednesday’s game against the Lightning. Ritchie, who had missed six consecutive practices between Boston and Toronto, got back on the ice on Friday and participated in both sessions on Saturday.

“I got to skate a few times and I’m just playing day by day here, see how I’m progressing. Things are looking pretty good right now. It’s a possibility and I’m striving towards something like that,” said Ritchie.